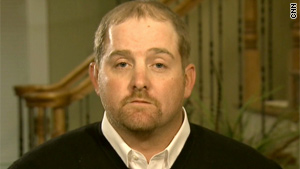 (CNN) -- A school district member in Arkansas who came under fire for an anti-gay post on a social networking site formally submitted his resignation to the school board Monday, according to the Midland School District superintendent.

McCance, then vice president of the school district in Pleasant Plains, wrote on his personal Facebook page that he wanted gay people to commit suicide, according to The Advocate, a newspaper focusing on gay news.

McCance used the terms "queer" and "fag" repeatedly, promised to disown his own children if they are gay and stated that he enjoys "the fact that [gay people] give each other AIDS and die."

In his typed, one-paragraph resignation letter, McCance said that he "did not represent my school or my position well in my statements on line" and that he was "sorry for all the trouble it has caused the school district and those people that I love in this school system."

"I hope this resignation will help things get back to normal for you," he wrote. "At no time did I want anyone to hurt themselves. I do not support bullying. I do not wish harm on anyone. I always learn from my mistakes and I hope that all of you learned something from this experience.

"I am a better person today than I was a week ago, I promise you. I wish nothing but the best for you all, and may God bless this school district."

McCance appeared on CNN's "Anderson Cooper 360" on Thursday night, apologizing for the comments and saying that he planned to resign.

Though he disapproves of homosexuality, McCance said, "I give everyone a chance and try to love everyone."

McCance said he has received an outpouring of criticism over his comments, including "thousands of phone calls, hate mails, people threatening to kill my family and me."

He said that he has sent his wife and two kids out of the state because of fears for their safety and that he is installing a security system at his home.

"I'm reaping what I've sown," he said. "I've had a lot of hate speech thrown at me and my family on every level."

His comments had drawn criticism from education officials in his district and at the state level.

"I strongly condemn the statements that appeared on Mr. Clint McCance's Facebook page," Tom Kimbrell, Arkansas' commissioner of education, said in a statement Wednesday. "The statements attributed to Mr. McCance constitute a

significant departure from statements we expect from our school leaders. The divisiveness and disruption of these comments cause me to seriously question the ability of Mr. McCance to remain as an effective member of the Midland School Board."

McCance was re-elected for a four-year term in September. He was initially elected to the leadership of the school district in 2007 for a three-year term. The terms are now four years long.

The Midland School District had also denounced the posting.

The state Department of Education had said it was "dismayed to see that a school board official would post something of this insensitive nature on a public forum like Facebook."

Because McCance's Facebook page is not accessible publicly, the Advocate said it learned about the posts after being provided with a screen shot. The posts were made, according to The Advocate, in response to a bullying awareness campaign sponsored by GLAAD, the Gay and Lesbian Alliance Against Defamation.