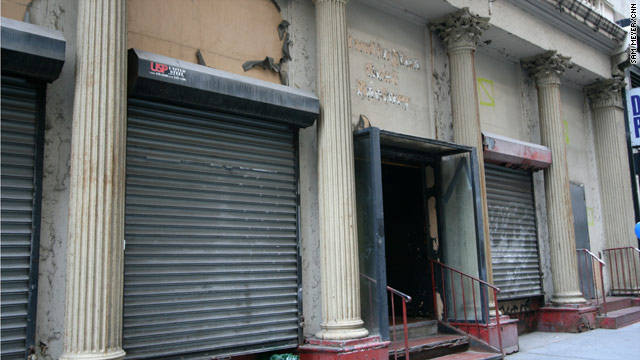 The proposed Islamic center and mosque would be located in this building, just two blocks north of ground zero.
STORY HIGHLIGHTS

(CNN) -- American Christians, Muslims and those of other faiths are divided over what to do about a proposed Islamic community center near ground zero in New York, a new poll shows.

While some six in 10 Catholics and Mormons think another location should be found, less than a third of Muslims, other non-Christians and non-religious Americans feel the same way, according to the Gallup survey. Jewish Americans, Protestants and other Christians fell more in the middle.

No majority exists in any of the groups for building the center on the proposed location.

About 40 percent of Muslims, other non-Christians and non-religious Americans support the idea, while the numbers drop to 25 percent or less for Catholics, Mormons, Jewish Americans, Protestants and other Christians.

The proposed Islamic community center and mosque -- now officially dubbed Park 51 -- would be two blocks north of ground zero, where two aircraft hijacked by Muslim extremists crashed into the World Trade Center's twin towers, causing them to collapse. About 3,000 people died, and many city residents say the Islamic facility's location would be inappropriate because feelings from that day nine years ago remain fresh and bitter.

The Gallup poll was conducted October 5-21, 2010, with 1,729 adults across the United States. More than 200 people were questioned in each religious group except "other non-Christian religion."

Respondents were asked their opinion about "the best way to resolve the current disagreement over the proposed location of the Islamic center." The pollsters offered three options, but also allowing them to suggest alternative options.

The third option was to build at the same location near ground zero, but make the facility an interfaith center.

No more than 30 percent of any faith group backed the option.