WikiLeaks: The must-have weapons and the countries that want them 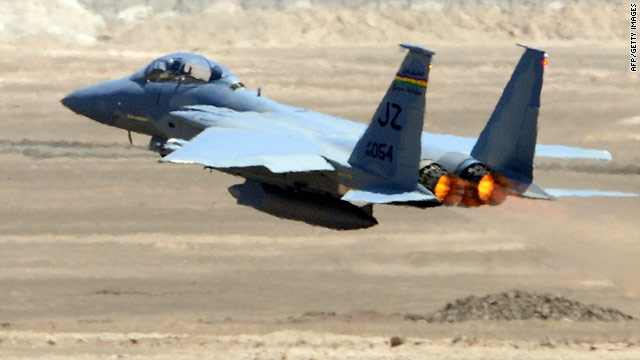 Washington (CNN) -- The world's military shopping list is being exposed through the WikiLeaks publications. State-of-the-art missiles and American military helicopters are a frequent topic of discussion in the diplomatic cables posted online Sunday by WikiLeaks.

The documents show a keen interest in what weaponry Iran has and how to defend against it.

One cable found that the United States' planned missile defense system gives the public in Europe "a false sense of security."

The crown prince of Bahrain, in another cable, seems to support U.S. missile defense systems aimed at Iran. The crown prince said, according to the cable, "he would like to help further integrate the Gulf states into [the Regional Integrated Air and Missile Defense] project because it would not be enough without everyone's participation."

But the United Arab Emirates' concern about Iran was clearly the most frank. Citing Iran's refusal to scale back its nuclear program and noting that "there are changes in the region that concern us," the chief of staff of the UAE's armed forces told an American ambassador he wanted the U.S. government to deploy between four and five Patriot batteries to the UAE during calendar year 2009, fearful that an Israeli strike on Iran would result in a retaliatory attack on other countries by Iran.

Obama 'not pleased' with disclosure

America's state-of-the-art unmanned aerial vehicles also garnered a great deal of attention. One cable said Turkey "requested the sale of armed MQ-9/Reaper UAVs, which will be a challenge to fulfill."

The UAE also wanted UAVs, in particular American Predators, to protect themselves against Iran. One cable said Mohammed bin Zayed Al Nahyan, who is the apparent crown prince as well as deputy supreme commander of the nation's armed forces, "again asked about the status of the UAE request to acquire Predator B."

The U.S. general he was meeting with, the cable said, told the prince that the request was being considered. The prince reportedly told the general, "We are patient," but added, "I hope the Iranians give us time; they are aggressive and are moving fast."

As might be expected, there also is frank discussion in the cables of the diplomatic balancing act that the United States performs with its Arab allies and Israel.

An example is the discussion in a meeting between U.S. and Israeli military officials.

"The GOI [government of Israel] continued to express concern over the F-15 sale to Saudi Arabia," one cable said. "The GOI expressed additional concerns about stationing these new aircraft at Tabuk airfield in the northwest corner of Saudi Arabia -- close to the Israeli border."

At the same meeting, the Israelis complained about the sale to Jordan of air-to-air missiles that could pose a threat to Israeli warplanes. The Americans assured the Israelis that new missiles had no greater capabilities than the older version.

The cables indicate that U.S. helicopters are in demand by many countries. Yemen, according to one cable, asked Gen. David Petraeus for 12 armed helicopters. The cable said the issue of helicopters was a "topic that [Yemeni President Ali Abdullah Saleh] would manage to insert into almost every item of discussion during the hour-and-half-long meeting."

Turkey not only wants to buy U.S.-designed military helicopters, it wants to build them, too. One cable spelled out a deal that Turkey's leadership was trying to nail down to buy 16 Super Cobra helicopter gunships. The same cable said Turkey wants to buy an international version of the Black Hawk helicopter and wants such copters built in Turkey as well.

The company that builds Black Hawks "guarantees that it would build in Turkey -- for sale outside of Turkey -- one Blackhawk (sic) for each one the GOT (government of Turkey) builds and buys for itself; this is a boon of hundreds of millions of dollars for the Turkish economy," the cable said.

Not all the discussions revolve other countries buying American weapons systems. Another cable spells out the crown prince of the UAE's "interest in exploring selling the UAE's 'gyrocopter' [a helicopter-supported UAV co-developed with Austrian company Schiebel] to the U.S. Air Force." A note from the person who wrote that cable said the United States would be exploring that possibility.

Other cables discuss weapons sales between other countries. A message to the U.S. Embassy in Paris notes U.S. anger over a French company's sales to China. "We have information the French firm Sofradir and its subsidiary ULIS continue to sell cooled and uncooled infrared detectors to a Chinese firm for incorporation into thermal imaging systems. We believe the Chinese firm, Zhejiang Dali Technology Company Ltd., is actively selling its thermal imaging systems to Iranian defense entities."

The cable asks that the French government stop the sales immediately.