WikiLeaks cut off from Amazon servers 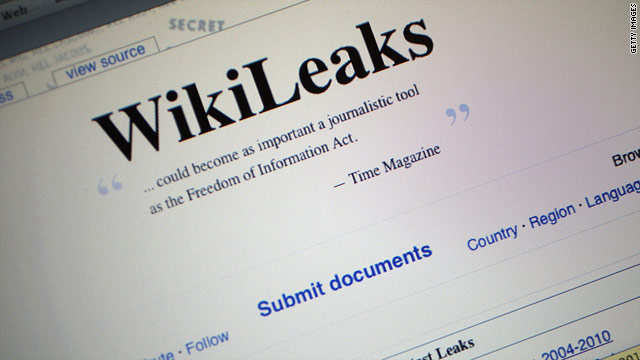 WikiLeaks "ousted" by Amazon, where the controversial site had been hosted since Sunday.
STORY HIGHLIGHTS

(CNN) -- Amazon, whose servers have been home to WikiLeaks since earlier this week, has quit hosting it, the website behind a massive disclosure of controversial documents said Wednesday.

WikiLeaks confirmed the move on its Twitter feed Wednesday afternoon.

"WikiLeaks servers at Amazon ousted," read a post from shortly before 3 p.m. ET. "Free speech the land of the free--fine our $ are now spent to employ people in Europe."

The site wasn't accessible early Wednesday, but appeared to be reactivated by Wednesday afternoon.

U.S. Sen. Joe Lieberman was one of the first public officials to announce the move. One of the most vocal critics of WikiLeaks, Lieberman said Amazon officials told him Wednesday morning that they had taken down the site.

"I wish that Amazon had taken this action earlier based on WikiLeaks' previous publication of classified material," Lieberman said in a written statement. "The company's decision to cut off WikiLeaks now is the right decision and should set the standard for other companies WikiLeaks is using to distribute its illegally seized material."

Amazon, the online retailer, operates large server farms in several locations in the United States and rents space on its servers to third-party clients.

The company had made no public statement about the WikiLeaks site as of Wednesday afternoon. A spokesman for the site did not immediately respond to a request for comment for this story.

WikiLeaks and its secretive founder, Julian Assange, have been under fire from U.S. government officials and others for months. Those criticisms intensified again this week

when WikiLeaks posted thousands of sensitive cables from U.S. diplomats that cast some foreign leaders in an unflattering light.

Critics said the publication of confidential documents is a risk to public security and had begun leaning on Amazon to drop the site.

Some people posted complaints about WikiLeaks Wednesday on Amazon's "Askville" page, which invites users to ask and answer questions on a variety of topics.

"Will not buy anything thru Amazon until they sever relationship with WikiLeaks," wrote one user, listed as bearcat1946.

WikiLeaks had moved its site to Amazon's servers on Sunday, after it was the target of a denial-of-service attack from a hacker on its old servers last week.

Another Twitter message from WikiLeaks on Wednesday afternoon took a shot at the online store.

"If Amazon are so uncomfortable with the first amendment, they should get out of the business of selling books," it read.

WikiLeaks began releasing a cache of more than 250,000 diplomatic cables from U.S. embassies around the world on Sunday. It reported its servers came under a distributed denial-of-service attack the same day.

The embassy papers mark WikiLeaks' third major disclosure of American secrets this year. It already has released U.S. military video of a 2007 helicopter strike in Iraq that killed two Reuters journalists, and dumped tens of thousands of field reports from the war in Afghanistan along with a similar cache of documents from the Iraq war.