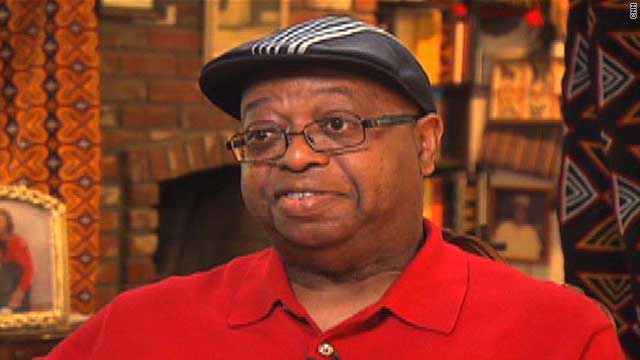 Every week CNN's African Voices highlights Africa's most engaging personalities, exploring the lives and passions of people who rarely open themselves up to the camera. This week we profile Cameroonian weight loss surgeon Dr. Mathias Fobi who has changed the shape of a number of celebrities.

Long Beach, California (CNN) -- Dr. Mathias "Mal" Fobi may hail from Cameroon, West Africa, but he's made a name for himself as Hollywood's "weight-loss surgeon to the stars."

Nearly four decades ago, the outspoken surgeon began using his scalpel to cut down oversized stomachs to the size of just a golf ball.

"When I made the stomach so small, I was afraid the patients were not going to survive," he told CNN from St. Mary Medical Center where he directs bariatric (obesity) surgery.

"Well they did. And with time we realized when you leave a bigger stomach it stretches more, it's like a balloon," he added.

Over the years, Fobi says he's operated on more than 7,000 patients and pioneered numerous surgical techniques.

His signature surgery, "The Fobi Pouch," is a version of the stomach-shrinking gastric bypass and he says it's now used around the world.

Its success rates -- Fobi claims that five years after the surgery, 90 percent of his patients maintain a 50 percent weight loss -- have propelled him to surgical stardom and he is now considered a leader in the field of bariatric medicine.

But over the years, he's also faced stinging criticism from those who think his weight-loss surgery is too drastic and risky. He's faced numerous malpractice lawsuits including some brought by family members of patients who died.

When asked about how he responds to such criticism, Fobi says: "Surgery is risky. The perception of the family and my perceptions are different. Over time, the way I've been able to live with it is when I've had complications, I've sat back to see if there is something I did that caused the death or this was just an outcome of surgery, for instance somebody getting a blood clot after surgery," Fobi said.

The procedure involves placement of a small ring around the upper portion of the stomach to create a pouch roughly an inch long, with the ring also assisting as a stoma, or opening.

A surgical connection to a portion of the small intestine completes the operation.

Dr Fobi claims that five years after the surgery, 90 percent of his patients maintain a 50 percent weight loss.

Sources: The Center for Surgical Treatment of Obesity at St. Mary Medical Center

"At this stage of my life," he continued. "I am much gratified and satisfied to see that this is a field which was not accepted, which was not part of the mainstream -- a field for which I was criticized and sometimes sued maliciously because they said you can't treat fat people with surgery."

In fact, Fobi believes so strongly in surgery that his daughter, Ngelah, had it when she was just 16 -- his partner did the operation.

Fobi is also a surprisingly soft-spoken man who takes pride in living humbly for his means, so he can give back. He says that's due to his upbringing. Fobi was born in Cameroon in 1946, the youngest of seven children in a close-knit family.

Today, he says he can't help but feel blessed. He says when his four girls were teenagers they teased him about his "lack of bling," but he hopes he's taught them "the more you receive, the more responsibility you have to help others."

For Fobi, that responsibility starts with family. We arrived at his home just in time for his favorite family tradition: Tuesday dinners. Fobi's relatives and close friends have open-ended invitations every Tuesday, and the crowd sometimes swells to as much as forty.

I am much gratified and satisfied to see that there is a field which was not accepted.
--Dr. Mathias Fobi
RELATED TOPICS

The night we were there, everyone had a story about Fobi's generosity: his foundation which ships computers, clothes and other supplies he sends to Cameroon, a school he funds for deaf children, and his unique family scholarships.

Fobi says he will foot the bill for any blood relative in Cameroon who wants to attend college. So far, he says he's funded the educations of more than one-hundred extended family members, some of whom are now doctors, lawyers and nurses.

When I ask Fobi about his generous offer, he laughs and says when he made it, he didn't realize his family was quite so large!

Fobi's charitable endeavors speak to the deep compassion that's driven his career. He says he initially came to the U.S. on a scholarship to become a general surgeon, but was sidelined by what he calls "the greatest prejudice that still exists" - obesity. He says in addition to all of obesity's medical risks, it takes a tremendous toll on self-esteem.

Today, at age 64, Fobi continues to operate and hopes to get government approval for an update to the "Fobi Pouch" procedure.

The reason he says he's still going strong: because weight-loss surgery is a birth. "Doing bariatric surgery is like going to a cocoon where you see caterpillars and springing them up into butterflies into all different colors."