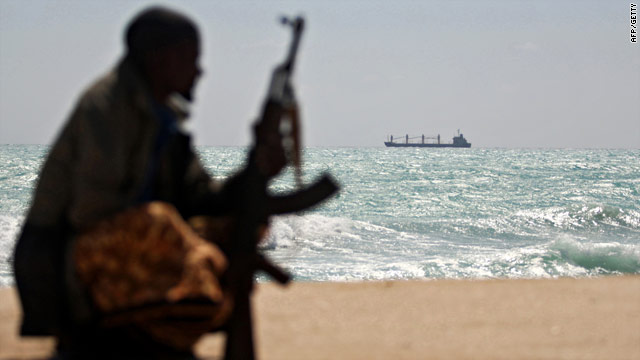 (CNN) -- Pirates have commandeered a Taiwanese-flagged fishing boat off the coast of Africa, the European Union's Naval Force in Somalia announced on Friday.

The naval force said the Feng Guo No. 168 departed from Port Louis, Mauritius, on October 1, with 14 crew members onboard, including a Taiwanese captain and sailors from Vietnam, China and Indonesia.

The vessel was hijacked in the Gulf of Aden, about 250 nautical miles from Madagascar. That location makes the incident the southernmost act of piracy since the European Union began its first-ever naval response, Operation ATALANTA, in December 2008, according to the naval force.

The force said the operation exists to combat piracy and protect vulnerable ships in the Gulf of Aden and the Indian Ocean, especially merchant vessels carrying humanitarian aid from the World Food Program and the African Union Mission in Somalia.