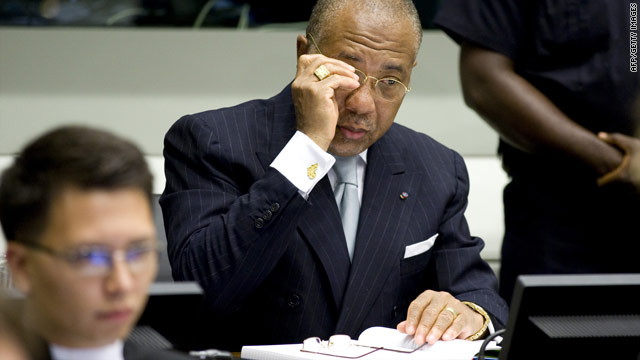 The defense case began in July 2009, and 21 witnesses were called in Taylor's defense, including Taylor, who faces an 11-count indictment for war crimes and crimes against humanity.

Prosecutor Brenda J. Hollis on Friday welcomed the end of the evidence phase of the trial as an "important step" and lauded the witnesses who testified for the prosecution and defense.

"Their courage and willingness to take the stand and bear witness has been an inspiration. We in the prosecution have always said that we fight for justice in the name of the victims, but they are the ones who have truly made justice possible," she said.

Taylor took the stand in July 2009 and ended his testimony in February. The last witness was a Liberian commander of the Revolutionary United Front. The trial is being held at Hague, Netherlands.

The war crimes charges against him stem from the widespread murder, rape and mutilation that occurred during the civil war in Sierra Leone, fought largely by teenagers who were forced to kill, given addictive drugs to provoke violent behavior and were often instructed to rape and plunder.

Taylor -- who was president of Liberia from 1997 to 2003 -- is charged with five counts of crimes against humanity, including murder, enslavement and sexual slavery and violence. He also faces five counts of war crimes, including acts of terrorism and torture, and one count of other serious violations of international humanitarian law. He has pleaded not guilty.

Ninety-one prosecution witnesses had taken the stand in Hague, and the prosecution reopened its case in August to hear testimony from three added witnesses.

Closing oral arguments are set for February 8, 9 and 11, and a trial judgment is expected in mid-2011.