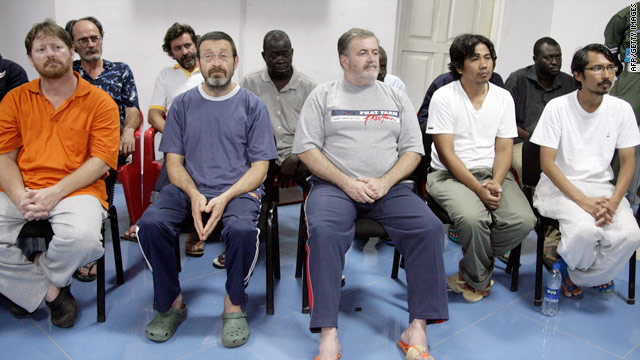 (CNN) -- Rebels in the oil-rich Niger Delta region said Friday they will launch new raids on oil installations to seize more hostages after Nigerian authorities freed 19 who had been seized.

"Our fighters have been instructed to carry out more raids on oil installations from where fresh hostages will be taken," the Movement for the Emancipation of the Niger Delta (MEND) said in a statement.

The 12 Nigerians and two Americans, two Frenchmen, one Canadian and two Indonesians were released Wednesday.

Nigeria has launched an ongoing offensive targeting Delta, Bayelsa and Rivers states, the largest military campaign in the Niger Delta since the government offered an amnesty program in 2007.

MEND is one of several militant groups in the Niger Delta that has been battling the government for years over the distribution of the country's oil wealth.

In its statement, the group offered its own version of the rescue operation, saying the fighters guarding the hostages retreated in order to prevent a gun battle that would have "endangered the lives of these hostages."

The group said the Nigerian military were tipped off to the location of the hostages by "certain persons from this community," but did not elaborate.

The statement ended with a threat: "As earlier promised, we will soon commence with a all-out attack on oil installations across the Niger Delta."