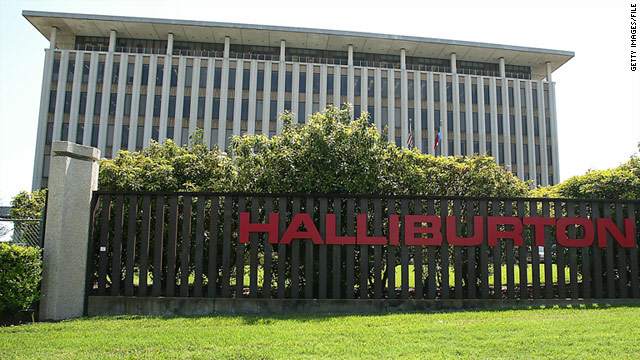 Cheney, who was Halliburton's CEO in the 1990s, and nine others were charged with conspiracy and "distribution of gratification to public officials" in a long-running case involving the company and its Kellogg, Brown and Root subsidiary. Nigerian officials accused the company of paying bribes to secure $6 billion worth of contracts for a liquefied natural gas project in the Niger Delta.

"Pursuant to this agreement, all lawsuits and charges against KBR and Halliburton corporate entities and associated persons have been withdrawn," the company announced in a statement Tuesday evening. Nigerian officials agreed "not to bring any further criminal charges or civil claims against those entities or persons" in return, the company said.

The $35 million includes $2.5 million to pay legal fees and other expenses for the Nigerian government, Halliburton said.

There was no immediate comment from Nigerian officials to the news.

Halliburton also agreed tp help Nigeria recover money from a Swiss bank account set up by a former agent for its Nigerian joint venture TSKJ, the company said. Nigerian officials said as much as $130 million had been stashed in Switzerland.

The bribes are said to have amounted to $180 million between 1994 and 2004. The settlement announced Tuesday is far smaller than the $120 million a spokesman for Nigeria's Economic and Financial Crimes Commission cited as a possible fine last week.

An attorney for Cheney, who left office in 2009, said there was no reason to suspect the former vice president was guilty of any wrongdoing.

"The Department of Justice and the Securities and Exchange Commission investigated that joint venture extensively and found no suggestion of any impropriety by Dick Cheney in his role of CEO of Halliburton," Terrence O'Connell said.

Many observers in Nigeria regarded the charges as a publicity stunt by the financial crimes commission ahead of national elections in April and as a symbolic effort to display resolve against government corruption. The agency has had limited success in getting successful prosecutions and hasn't charged any high-profile people since its top commissioner was removed from the body in 2007.