No word from Taiwanese ship since it reported pirate attack 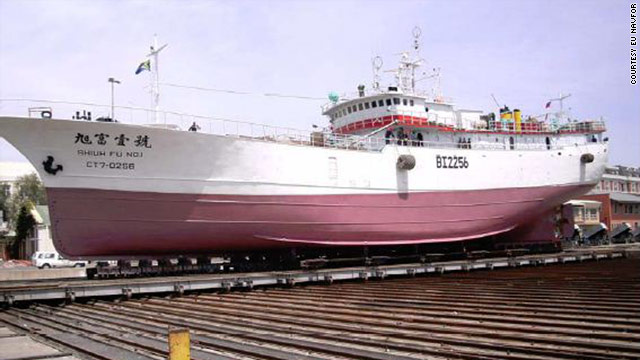 A picture of the Taiwanese fishing vessel FV Shiuh Fu, which was attacked by pirates in the Indidan Ocean.
STORY HIGHLIGHTS
RELATED TOPICS

(CNN) -- A Taiwanese fishing vessel has not been heard from since reporting that pirates were attacking it in the Indian Ocean several days ago, authorities said Thursday.

The ship has a crew of 26 from Taiwan, China and Vietnam, the European Union Naval Force Somalia said in a statement.

On Christmas morning, the vessel FV Shiuh Fu reported being under pirate attack about 120 miles off the northeast tip of Madagascar, the statement said, but "no further communication with the vessel has been possible" since then.

Authorities said they do not have information about the condition of the ship or its crew.

Pirates are now holding 26 vessels and 613 hostages off the coast of Somalia, where many pirates are based, the European Union Naval Force Somalia said.