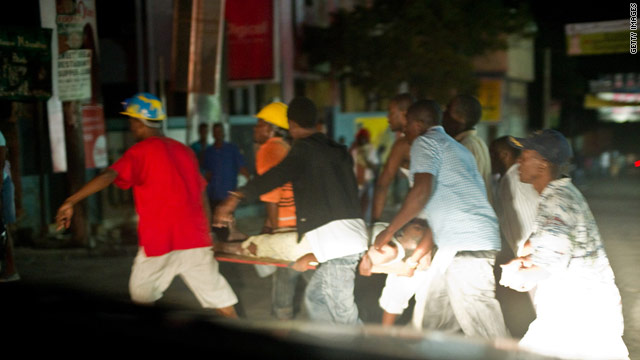 An injured Haitian is carried on a litter shortly after a magnitude 7.0 earthquake struck near Port-au-Prince.
STORY HIGHLIGHTS
RELATED TOPICS

10:32 p.m. -- Haiti's infrastructure world's worst even in the best of times, says country's ambassador to the U.S.

8:45 p.m. -- Eyewitnesses report heavy damage and bodies in the streets of the capital.

5:23 p.m. -- A tsunami watch is in effect for Haiti, Cuba, the Bahamas and the Dominican Republic.