Legal adviser for Americans in Haiti facing his own charges 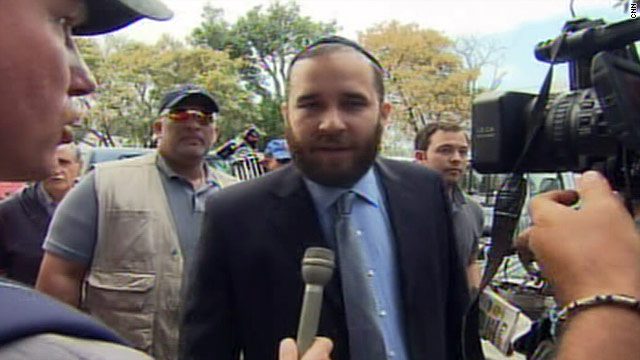 Santo Domingo, Dominican Republic (CNN) -- A man who acted as a legal adviser to the American missionaries arrested on child kidnapping charges in Haiti is himself facing allegations of human trafficking in El Salvador and human smuggling charges in the United States.

An international arrest warrant was issued Saturday for the legal adviser on sex-trafficking charges. Salvadoran police raided a home in May that turned up passports and an ID card in the names of both Jorge Torres Puello and his alias, Jorge Torres Orellana.

Each of the documents bore photos of the same man. His wife was arrested in that raid and charged with sex trafficking, and her trial is pending.

In a phone interview with CNN on Sunday, Jorge Torres Puello acknowledged he is the same man wanted by Salvadoran authorities. He denied the charges against him.

Full coverage of the earthquake aftermath in Haiti

According to the warrant, Torres Puello is accused of running an international sex trafficking ring that lured women and girls from the Caribbean and Central America into prostitution with offers of modeling jobs. A wanted poster released by Interpol, the international police organization, includes crimes against children as one of the offenses that Torres Puello is being sought for.

"I never did anything," Torres Puello said Sunday. "I started helping a Dominican pastor helping a lot of people who were stranded to get back to their home countries. We once gave some Nicaraguan and Costa Rican women some money to return home and instead they went to the authorities and put in a complaint against us. I never had anybody against their will."

Torres Puello also denied Salvadoran allegations that he ran a brothel out of his home with wife Ana Josefa Ramirez Orellana, who remains jailed pending trial, according to Salvadoran police.

His mother, Soledad Puello, told CNN Sunday that she first heard of the Salvadoran accusations when her son called to tell her of his wife's arrest. She said her son told her he had known about the sex ring, but wasn't involved in it.

Soledad Puello led CNN to believe that her son remained in the Dominican Republic, but she would not say where.

Torres Puello, who said he was born in Yonkers, New York, in 1977 to a Dominican mother and a Puerto Rican father, also said he is wanted in the United States on charges of smuggling people between Canada and the United States, which he also denied.

He said he spent 18 months in a Canadian jail pending what he called an unsuccessful extradition request by U.S. authorities.

He has served jail time in the United States before, he said -- one year in 1998 for handling funds related to a drug-trafficking operation, and was jailed again briefly between late 2001 and January 2002 for violating parole. He denied the drug charge.

A family photo shows Torres Puello in a military uniform alongside a truck with the words "U.S. Military" printed across the bumper.

CNN was unable to reach government officials to confirm his claims of working with the military, the DEA and Homeland Security.

Torres Puello's statements regarding the charges against him could not be immediately verified. But on Sunday, four men showed up at his mother's home while CNN reporters were present.

The men said they were from the U.S. Embassy and looking for Torres Puello. One of the men told Soledad Puello that her son has three outstanding arrest warrants -- two in the United States and one in El Salvador. He did not specify the charges. One of the men was wearing a T-shirt emblazoned with the words "U.S. Marshals Service, Fugitive Task Force."

Torres Puello said he made contact with the Central Valley Church in Idaho and their family representatives and offered to provide legal assistance to the American missionaries shortly after they were jailed in January after trying to cross the Dominican border carrying 33 children without proper documentation.

Family representatives in Idaho did not give the exact date when they were contacted by Puello but said it was "shortly after their arrest".

He stated in an e-mail to CNN: "No attorney has ever been authorized to represent Jim Allen other than our team, which includes Mr. Lissade. The only spokesperson for the Allen family has been me and our team."

Haitian attorney Louis Gary Lissade showed up at court in Port-au-Prince on February 9 to represent Allen, one of the 10 Americans.

Another of Allen's U.S. defense team, Reginald Brown, said he, Sasser and other U.S. attorneys were only hired to represent Allen on Super Bowl Sunday -- nine days after the Americans were arrested.

In a February 9 letter from Brown to Secretary of State Hillary Clinton, Brown stated: "It's our understanding from press reports ... that all 10 Americans were represented by a single Haitian attorney. ... We're not able to confirm if that counsel was independently chosen by Jim [Allen]."

Torres Puello turned up at court Monday, February 8, saying he was there to organize legal representation for all 10 Americans after Coq left the case.

Torres Puello said he read about the case and decided to offer his services for free. However, Torres Puello's stepfather, Franco Ceminara, said the arrested Americans' families had already wired more than $40,000 to his stepson. A receipt provided by Torres Puello's family to CNN showed the Haitian lawyers are charging $40,000 to represent the Americans. The receipt, for an advance payment of $10,000, was signed by Aviol Fleurant, one of the Americans' Port-au-Prince-based defense team that also includes Lissade.

Family and church representatives in Idaho, where most of the 10 Americans are from, told CNN earlier in the week that they had not paid money to the man they know as Jorge Puello.

Regarding the American missionaries, Torres Puello said: "Prior to this earthquake I never knew those people [the Americans]. When I read about their case I just decided to help them. I'm in the real estate business and was working with a team of lawyers."