An SOS on World Oceans Day: Save our seas, save ourselves

By Sylvia Earle, for CNN 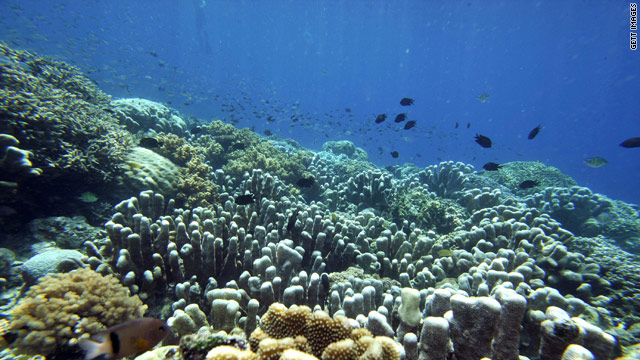 Save the seas to save ourselves is the message from U.S.oceanographer Sylvia Earle.
STORY HIGHLIGHTS

Editor's note: Oceanographer Sylvia Earle believes we can save our seas and ourselves with an intelligent attitude to the Earth's blue life-support system. Here she expresses her opinion for CNN.

(CNN) -- Since I began exploring the ocean as a marine scientist 50 years ago, more has been learned about the ocean than during all preceding history.

At the same time, more has been lost.

Two weeks ago I testified before U.S. Congress on the ecological impact of the oil spill in the Gulf of Mexico. I did so with perspective gained while sloshing around oiled beaches and marshes among dead and dying animals, diving under sheets of oily water and for years -- as a founder and executive of engineering companies -- of working with those in the oil industry responsible for developing and operating sophisticated equipment in the sea.

I also testified as one with a rare perspective gained through thousands of hours diving worldwide as an oceanographer, aquanaut, submersible pilot and explorer.

This includes decades of personal research in the Gulf of Mexico observing, documenting and voicing concerns about human actions that have resulted in sharp declines in ocean health and resiliency.

The situation in the Gulf of Mexico is a poignant example of why protected areas are critically needed.
--Sylvia Earle
RELATED TOPICS

As Chief Scientist of the National Oceanic and Atmospheric Administration from 1990 to 1992, much of my time was devoted to the aftermath of two major catastrophic oil spills: the accidental loss of 11 million gallons of crude oil from the tanker, Exxon Valdez in Alaska and the deliberate release of 462 million gallons into the Persian Gulf as an act of "ecological terrorism" by Iraq.

As tragic as they were, nothing compares with the estimated oil spill of between 504,000 and more than a million gallons a day that is currently gushing from a mile below the surface of the Gulf of Mexico in addition to close to two million gallons of toxic dispersants.

The near-freezing temperature and high pressure combined with a lack of suitable equipment to effectively deal with an operational failure at that depth magnify the harm now being done to "America's Mediterranean," a tri-national treasure, the planet's ninth largest body of water and therefore, a globally significant part of Earth's life support system.

As recipient of the 2009 TED Prize, I was given an opportunity to make one wish "large enough to change the world" -- a wish that brought with it a commitment by the TED community to help make it come true.

My wish? To use all the means at our disposal -- films, expeditions, the web, new submarines, and more -- to ignite public support for a global network of Marine Protected Areas, "hope spots" large enough to save and restore the ocean, the blue heart of the planet.

June 8 marks the official United Nations' World Oceans Day. In light of the recent Deepwater Horizon oil spill, never has there been a more critical time to reflect on the importance of the oceans to humanity, and more importantly, to work together to save the Earth's blue heart. 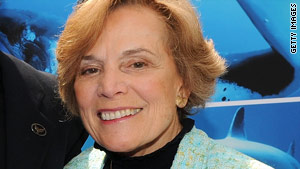 Sylvia Earle's wish is for the creation of ocean 'hope spots'.

It once seemed that, as with the ocean as a whole, the Gulf was so big and so resilient that nothing we could do could harm it. The benefits we believed would always be there, no matter how large the trawls, how long the nets, how numerous the hooks for catching ocean wildlife, or how many, how long or how deep the pipelines, drilling operations, seismic surveys or production rigs.

Half of the coral reefs are gone or are in a state of sharp decline. Dead zones in the sea, unknown until recent decades, are rapidly proliferating. Excess carbon dioxide is accelerating global warming, sea level rise, ocean acidification and overall climate change. These are factors that impact the nature of the world from the highest mountain peak to the deepest ocean trench.

And now the mega-spill in the Gulf of Mexico is adding a jolting insult to decades of injury. Despite the enormous advance in knowledge about the many threats to the ocean, the greatest problem facing us now with respect to the Deepwater Horizon oil spill is ignorance, and with it, complacency.

Life in the sea, after all, supports the basic processes that we all take for granted: the water cycle, the oxygen cycle, the carbon cycle, and much more. With every breath we take, every drop of water we drink, we are dependent on the existence of Earth's living ocean.

So what can we do to save the oceans, and in doing so, save ourselves? Today, I propose one solution. In April, as part of the TED Mission Blue Voyage in the Galapagos Islands, we launched the Mission Blue campaign, an effort to garner public support to call on governments to establish a global network of Marine Protected Areas.

The situation in the Gulf of Mexico is a poignant example of why protected areas are critically needed. Marine Protected Areas help recover marine environments in order to provide natural solutions to critical environmental challenges. They provide safe havens for ocean wildlife to recover and maintain healthy biodiversity, supporting habitats that act as carbon sinks, removing CO2 from the air and generating the majority of atmospheric oxygen. Currently, a fraction of 1 percent of the ocean is fully protected.

While we clearly have our work cut out for us, there is hope for the oceans if we all take responsibility for saving it.

So what can you do personally to make a difference for the oceans? Write to your local government official and urge them to create a marine protected area; log on to Mission Blue and donate money to a specific hope spot; become a fan of Mission Blue on Facebook and Twitter.

Mission Blue, however, is only one part of the solution. Everyone has the power to make a difference. The trick is to use that power, whatever it is, to take positive actions.

In a recent Skype interview with David de Rothschild, the brains behind the Plastiki project, we challenged the world to find their personal Plastiki, their personal Mission Blue.

With the oil continuing to leak and as we prepare to celebrate World Oceans Day, ask yourself, what will be your solution? You can help save the oceans, and in so doing, save ourselves.