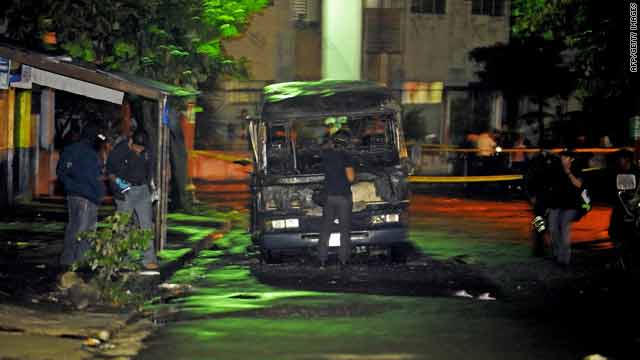 Witnesses said people on motorcycles intercepted the bus, doused it with gasoline and closed the doors with the passengers inside.

Ten minutes later, a group of attackers opened fire on another bus blocks away, police said, killing an 11-year-old girl and the bus conductor.

Police said they suspected the incidents were linked, and that gang members were involved in the attacks. They said they had not ruled out the possibility that the buses were targeted as a reprisal against drivers who had not paid a gang-imposed toll.

Investigators have detained three people -- one of whom had gasoline on his clothes, police said.