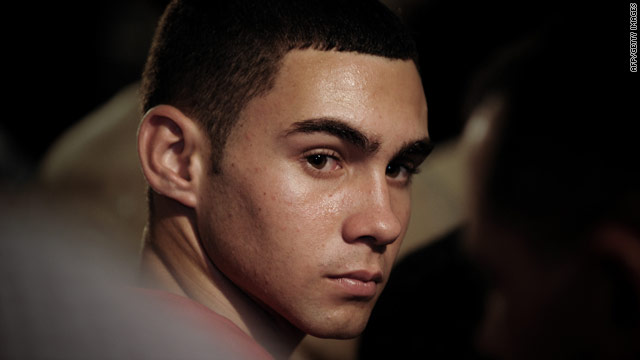 Elian Gonzalez, now 16, was the focus 10 years ago of a custody dispute that had geopolitical implications.
STORY HIGHLIGHTS

Havana, Cuba (CNN) -- Castaway-turned-media-icon Elian Gonzalez has thanked the American public for helping him return to his father in Cuba.

Once at the center of an international custody battle involving the United States and Cuba, Gonzalez spoke with reporters Wednesday evening following a state celebration marking the 10th anniversary of his return to Cuba.

"I don't have any anger for them," he told reporters, referring to his relatives in Florida who fought unsuccessfully to keep then-6 year-old Gonzalez in the United States.

Flanked at times by Cuban President Raul Castro and his father, Juan Miguel, Gonzalez said he "feels happy to be here [in Cuba]."

The young boy was found by fishermen floating off the Florida coast in 1999. He was the sole survivor of a group of 13 Cuban immigrants, including his mother, who were trying to reach the United States.

His father, in Cuba, demanded his return, but relatives in Miami refused to release him, touching off a seven-month custody battle that drew international attention.

U.S. immigration officials later decided to send Gonzalez back to Cuba, but failed to persuade relatives in Miami to relinquish custody to his father.

Armed federal agents then raided the home of Gonzalez's uncle and seized the boy on April 22, 2000, eventually reuniting him with his father.

Political analysts later speculated that backlash within the Cuban exile community following Gonzalez's return may have been a deciding factor in Florida during the 2000 U.S. Presidential election.

Gonzalez currently attends a Cuban military academy in the city of Matanzas.