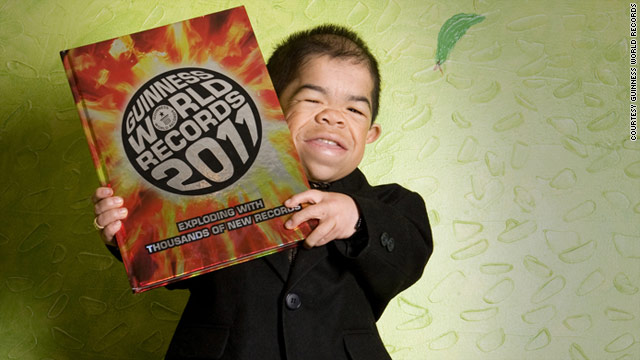 (CNN) -- A Colombian has officially been declared the world's shortest man by Guinness World Records officials -- but his reign looks set to be short-lived.

But Hernandez is actually several centimeters shorter than Pingping, according to Craig Glenday, Editor-in-Chief of the Guinness World Records Book.

"Not only is he a new shortest man, he's even shorter than the previous record holder," said Glenday.

Although Hernandez is formally recognized in the 2011 Guinness World Records book published this month, he is not expected to hold the title for long.

Glenday said Pingping, who died in March aged 21, had been an iconic character. "As a result of that there was a lot of interest from the small community. A lot of small men contacted us. When we heard about Edward's claim we sent one of our representatives over to his home in Bogota."

Hernandez, 24, was measured three times a day, both standing up and lying flat, with his official height calculated as an average measurement.

The 24-year-old works alongside his parents and brothers at a family business manufacturing pajamas. He likes dancing to reggaeton and salsa music, according to the Guinness World Records website.

"I am very happy to be recognized as the shortest man in the world," Hernandez told the Guinness World Records website. "Every person is different and unique. The more unusual you are the more you should fight and work harder."