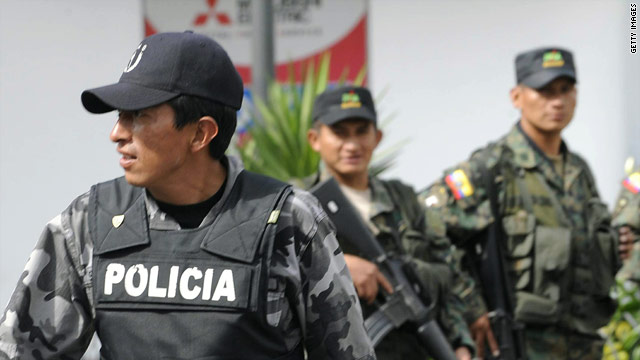 (CNN) -- Authorities in Ecuador on Saturday extended a state of emergency indefinitely, an action that mobilizes the military to be in charge of securing the country instead of the police.

The extension comes after President Rafael Correa was attacked by police on September 30. The decree in the capital city of Quito was scheduled to expire Friday.

Troops rescued Correa in a dramatic shootout with officers at a hospital, where Correa said he was held for more than 10 hours.

Police officers have said they were angered by a new law that would take away their bonuses and reduce their compensation. Correa, who was roughed up and hit by tear gas, said the law would do no such thing and the police officers had not read it. He described the events as an attempted coup.

However, a congressman from the opposition party told Colombia-based Caracol TV, a CNN affiliate, that the day's events were provoked and planned by Correa.

"Everything was staged by the president to hide the extreme corruption and to hide the poverty, hunger and unemployment that have risen to an alarming level," said Gilmar Gutierrez, a congressman and brother of former president Lucio Gutierrez, the man Correa claimed was behind the coup attempt.

"There was no coup," Gutierrez said Monday.

Interior Minister Gustavo Jalkh said at least four people were killed in the standoff -- two soldiers, a police officer and a university student. Nearly 200 others were injured in unrest throughout the country, authorities said.