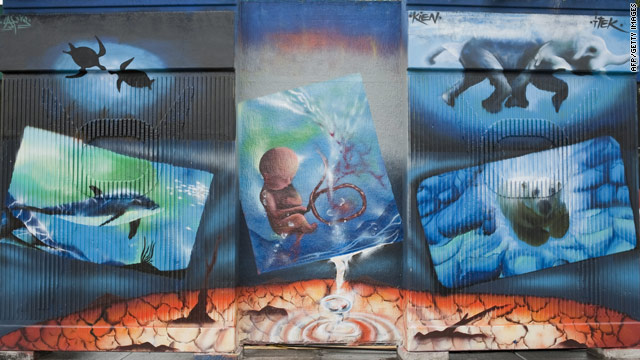 London, England (CNN) -- City mayors from all over the world will be attending the World Mayors Summit on Climate in Mexico City later this month to pledge their commitment to combating global warming.

The centerpiece of the one-day summit will be the signing of "The Mexico City Pact" -- formally known as the Global Cities Covenant on Climate -- which will recognize the strategic importance cities need to play in reducing carbon emissions.

Anke Stoffregen, ICLEI communications manager told CNN: "The summit is very much about the mayors taking the leadership role and pulling their strength together to show that they are willing to make commitments and that they are able to deliver actions as well."

Send your questions to the mayors now

A crucial ingredient of the pact is the launch the "carbonn Cities Climate Registry" which commits mayors and local governments to regular and transparent reporting of CO2 emissions.

Over half of the world's population now live in cities. According to the International Energy Agency cities accounted for two thirds of the world's primary energy demand in 2006 contributing around 70 percent of global CO2 emissions.

Stoffregen says city leaders already understand the need to act. What this summit is trying to do is speed up the process of global coordination on climate change and press national governments to act faster.

Follow the World Mayors Summit on Climate on CNN

"With more and more people living in urban areas it becomes more important that we realize that we have to provide for a more varied lifestyle," Stoffregen said.

"People who live in cities have an enormous power to demand of their local governments an improvement in their climate policy."