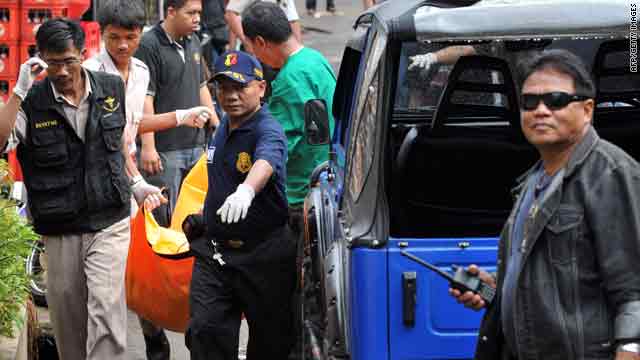 Yudhoyono announced the death of terrorist Dulmatin while speaking with reporters during a visit to Australia. The Bali bombings killed 202 people.

Dulmatin, one of Indonesia's most wanted terrorists, had several aliases, including Joko Pitoyo. He was an electronics specialist who trained in al Qaeda camps in Afghanistan and had a $10 million bounty on his head, according to the U.S. State Department.

Indonesian media had been reporting that Dulmatin was killed in a shootout in Pamulang, Banten province, on Tuesday.

The raid was linked to ongoing security sweeps in Aceh province in northern Sumatra. Police have arrested 15 suspected militants, and one has been killed. Three police officers have died in the raids.

Aceh Governor Irwandi Yusuf said that, for a year now, he has known about a militant training camp in the province. He said militants were seeking to establish camps similar to those run by Jemaah Islamiyah in the the southern Philippines.