By Andrew Salmon, for CNN 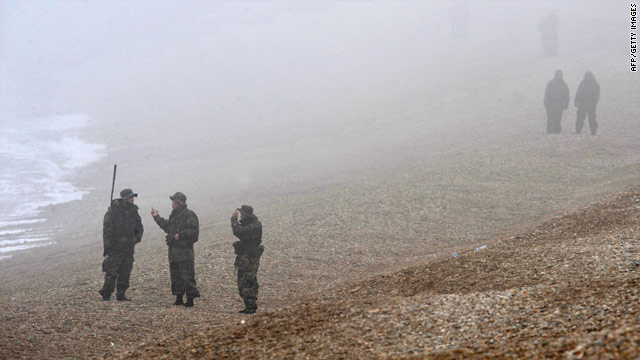 Seoul, South Korea (CNN) -- South Korean President Lee Myung-bak demanded a transparent investigation into the sinking of the corvette Cheonan Thursday, while the nation mourned a hero as the navy diver who died during rescue attempts on the wreck was memorialized.

"As it is a very sensitive and important question, (the government) will find the cause through a thorough and scientific investigation," Lee said to officials, a presidential official told CNN. Lee added that South Korea's "international credibility" rested on a transparent inquiry into the tragedy.

Questions have been raised locally by media, politicians and grieving family members over whether the South Korean armed forces have the appropriate equipment for the job, and whether they responded appropriately.

Thirteen South Korean ships and two U.S. ships are on the scene, with 207 Korean divers and 15 American divers aboard. Diving operations were halted for a second day Thursday due to rough weather conditions.

Navy Chief Master Sergeant Han Joo-ho, 53, died after diving on the wreck Tuesday. Officials including Defense Minister Kim Tae-young and Chief of Naval Operations Admiral Kim Sung-chan visited a memorial altar set up at a naval hospital in his memory; family members of those missing on the Cheonan also attended. Online, thousands have posted messages of condolence.

His funeral will be held Saturday.

Han, 53, was not ordered to dive on the wreck. "He was a coach at the naval diving school so did not have to be on the diving team," an official at the Defense Ministry told CNN. "He volunteered."

His son, an active-duty army officer, told local reporters that he had asked his father not to take risks diving on the wreck, but his father, "...used to say he wanted to live with honor."

The Cheonan's stern and bow lie over 6 kilometers (3.7 miles) apart on the seabed. The bow is 25 meters (27 yards) under water, while the stern, where the 46 missing crew members are believed to be, is 45 meters (49 yards) under water.

With currents under water exceeding 5 knots (6 miles per hour) and visibility below one meter (one yard), the wreck is extremely dangerous. Han, one of the Korean navy's most experienced divers, fell unconscious after reportedly exceeding recommended times and depths under water. Two other divers were hospitalized the same day. Both have now been released.

It is unclear whether intense public pressure contributed to the divers taking excessive risks.

Family members of the missing have consistently criticized the navy for what they consider an inadequate response to the disaster. The media is rife with speculation over what caused it -- theories range from North Korean suicide boats manned by female commandos to an errant mine -- and has been demanding answers.

A 130-ton patrol boat sunk in the Yellow Sea after a naval firefight in 2002 took three weeks to raise. The Cheonan, 1,200 tons, is considerably larger, and also in two pieces. The defense ministry source said that it may take a month to raise the wreck.