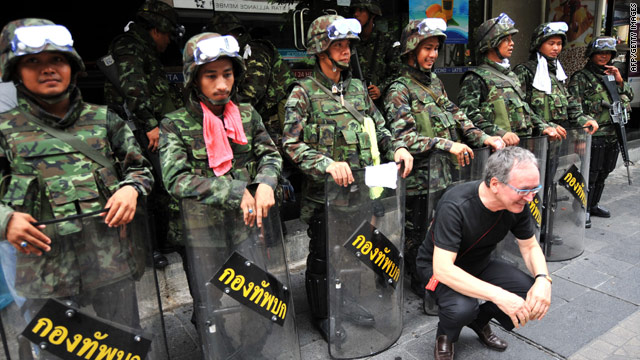 Bangkok, Thailand (CNN) -- Thailand's prime minister acknowledged on Sunday he did not expect protesters would use weapons and apply violence toward authority.

Speaking on national television, Prime Minister Abhisit Vejjajiva made the admission a day after he rejected a call from anti-government protesters to dissolve the country's parliament in 30 days. Abhisit said other groups' political opinions must be taken into consideration before any such action is taken.