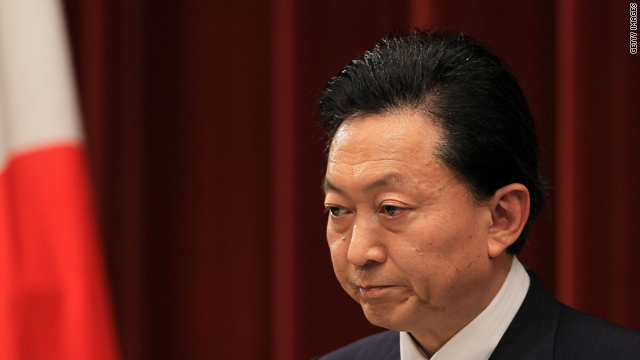 Japanese Prime Minister Yukio Hatoyama has been under pressure after backtracking on a promise to move an unpopular U.S. Marine base from Okinawa Island.
STORY HIGHLIGHTS
RELATED TOPICS

Hatoyama, who took office in September, has faced criticism after backtracking on a promise to move an unpopular U.S. Marine base from Okinawa to ease the burden of the island, which hosts the majority of the United States military presence in Japan.

His Democratic Party of Japan formed a coalition with the Social Democratic Party (SDP). On Sunday, SDP leader Mizuho Fukushima said the party would leave the coalition government over the dispute regarding the relocation of the base.

Fukishima, formerly the Minister of Consumers, was let go from Hatoyama's Cabinet on Friday because she and her party failed to support the government's decision not to move the U.S. Futenma Air Base from Okinawa Island.

The SDP's departure does not threaten the overwhelming majority of the Democratic Party of Japan in the lower house of government, but weakens the party's negotiating power in the upper house. It also threatened Hatoyama's political position ahead of upper house elections, scheduled for this summer.