Sentences for Taiwan ex-president, wife reduced from life to 20 years 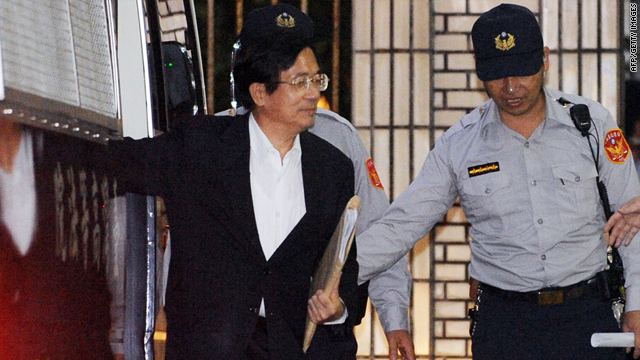 (CNN) -- Taiwan's former leader Chen Shui-bian and and his wife Wu Shu-jen have been sentenced to 20 years in jail, the island's High Court reported. Both had initially been sentenced to life imprisonment after their convictions in 2009 on charges of corruption.

Chen countered that the bribe money was actually political donations. He also said that a special presidential fund from which he is accused of embezzling does not clearly say what the money can and cannot be used for.

Wu was convicted on charges that she helped her son, daughter and son-in-law provide false testimony. Prosecutors said the former first couple's son has a Swiss bank account with $22 million they think are illegal proceeds.

The challenge for prosecutors was to prove that Chen handed out political favors in exchange for money. The former president said he was being persecuted politically by his successor.