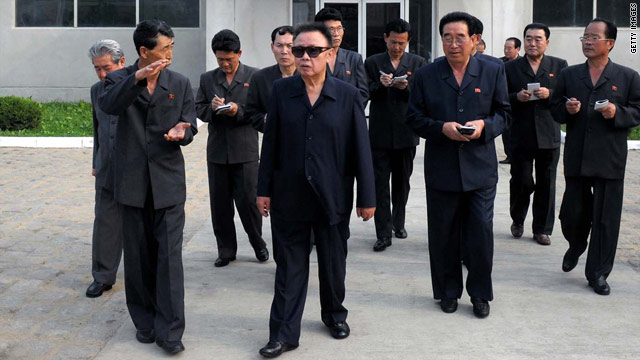 (CNN) -- North Korean officials are criticizing the U.S. for bringing heavy weapons into a border village in the demilitarized zone that divides the Korean peninsula, state media reported Monday.

"The introduction of heavy weapons to the area around the conference hall where armed forces of both sides stand in acute confrontation is a premeditated provocation aimed to spark off a serious military conflict," the agency said.

North Korean military officials have said they will "take strong military countermeasures" if the weapons are not removed, according to KCNA.

Tensions have been running high on the Korean peninsula since the sinking in March of a South Korean warship.

Last week G8 leaders condemned North Korea's communist government for its alleged role in the sinking of the ship.

"Such an incident is a challenge to peace and security in the region and beyond," the G8 final communique said.