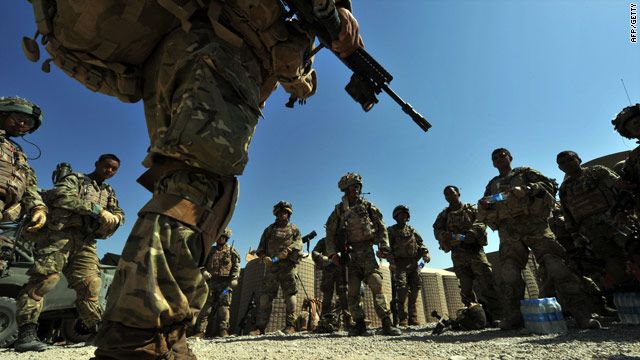 Kabul, Afghanistan (CNN) -- A man claiming to be the Afghan soldier who killed three British troops this week contacted the BBC to say he acted alone, the British broadcaster reported Friday.

The man said he was angry at the conduct of British troops in the southern province of Helmand and accused them of killing civilians, the BBC said.

Britain's Ministry of Defence said Friday it was aware of the claim.

"Whilst we cannot comment on the legitimacy of this individual's claims to be the suspect responsible for this cowardly attack, it is ridiculous to suggest that we are engaged in suicide attacks or are deliberately killing civilians," the defense ministry said in a statement.

"Insurgents and those who are against the coalition mission in Afghanistan routinely make false and exaggerated claims and so care must be taken not to accept their accounts at face value."

Investigators are still searching for the soldier, who carried out the attack at a British military outpost where British and Afghan troops had been working side by side. He shot dead one of the soldiers in his bed, then fired a rocket-propelled grenade at the base's command center, killing two and wounding four others, before fleeing.

Afghan, British, and U.S. military soldiers spoke out against the attack.

The Taliban said later the attacker was with them in a "safe place," Time magazine reported.

The BBC said its Kabul bureau was contacted by the Taliban on Thursday and given a mobile phone number to call. An intermediary then passed the phone to a man who said he was Talib Hussain, whom a senior Afghan National Army officer had earlier identified as the attacker.

During the 10-minute call, the man said he was angry at the conduct of British troops in Helmand and accused them of killing civilians, including children, the BBC reported.

"When I challenged him that civilians had been killed in Taliban attacks too, he said that the Taliban were Mujahedeen fighting for their own country," wrote the BBC's Dawood Azami.

The man said he had spent a couple of years in Iran, and that he joined the Afghan National Army soon after returning a year ago, the BBC said.

He said the attack had been his own idea and that he had had no contact with the Taliban, Iran, or Pakistan beforehand. It was only after the shooting that he had joined the Taliban, the BBC reported.

While the broadcaster said the identity of the caller could not be confirmed, all of the details he gave in the phone call matched those given by an official in Helmand, the BBC said.