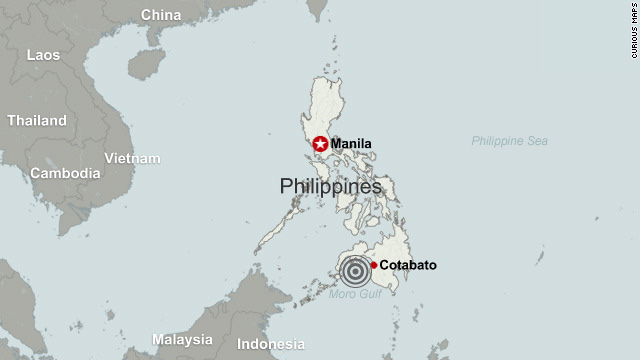 (CNN) -- A series of four strong earthquakes spanning just over an hour struck the Philippines' Moro Gulf on Saturday morning, according to the U.S. Geological Survey.

The epicenters of the quakes were about 100 kilometers (62 miles) off the coastal city of Cotabato and roughly 950 kilometers (590 miles) southeast of Manila.

No tsunami warning was immediately issued for any of the quakes.

There were no reports of damage, said Rona Faeldin of the Philippines Coast Guard.