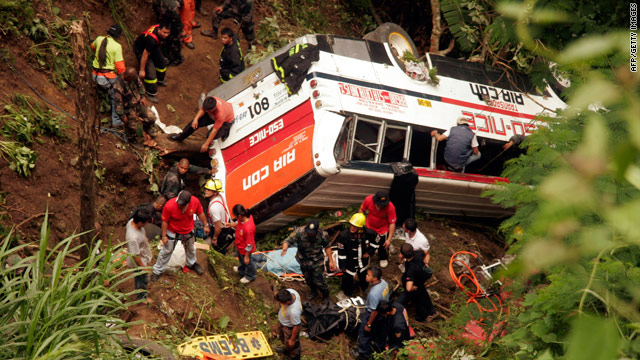 Rescuers remove bodies from the wreckage of a bus that plunged into a deep ravine in the Philippines on August 18, 2010.
STORY HIGHLIGHTS
RELATED TOPICS

The passenger bus with 47 people on board was headed to San Fernando City in La Union when it crashed, said Fire Officer Joseph Cortes.

An initial investigation showed faulty brakes might have triggered the accident, Cortes said.

The crash was near where another minibus fell years ago. In that crash, more than 20 people were killed, the Philippines News Agency said.