Rescue on of U.S. man in Antarctica 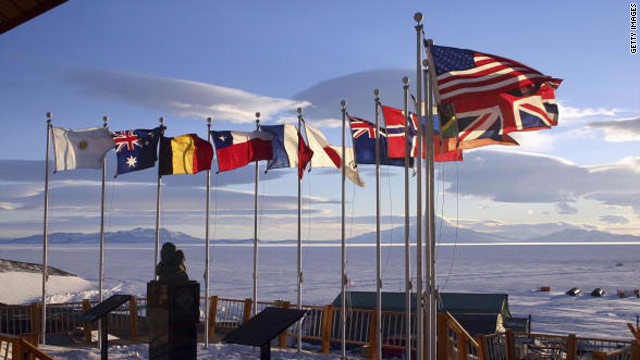 It's the second time in six months that New Zealand's Air Force has been asked to rescue a sick American from McMurdo, because the Air Force is familiar with Antarctic weather and flying conditions, Tamariki said.
STORY HIGHLIGHTS

(CNN) -- New Zealand's air force has gone to the rescue of a sick American -- in Antarctica.

A crew of 12, plus three medics, flew to evacuate the man Tuesday from the U.S. research base at McMurdo Station.

There were limited details about the man's health, but he had an illness, rather than an injury, said New Zealand Air Force Squadron Leader Kavae Tamariki.

A rescue team initially set off Monday from Christchurch, but was forced to turn back after about an hour.

With the snow, "You weren't able to see anything," Tamariki said. There also was snow on the runway at McMurdo.

The second flight was able to touch down safely in Antarctica on Tuesday, despite temperatures of 35 below zero Celsius, he said.

"She's landed, and we're just waiting for confirmation that they've taken off," Tamariki said from New Zealand on Tuesday afternoon. The plane was expected back in Christchurch by Tuesday night, after a flight of 6 1/2 hours.

It's the second time in six months that New Zealand's Air Force has been asked to rescue a sick American from McMurdo, because the Air Force is familiar with Antarctic weather and flying conditions, Tamariki said.

It was unclear what the man in Tuesday's rescue was doing at McMurdo Station, but research is done at and near the station in aeronomy and astrophysics, biology and medicine, geology and geophysics, glaciology and glacial geology, and ocean and climate systems.

McMurdo was established in 1955 to serve as the logistics hub of the U.S. Antarctic Program. The station -- on the southern tip of Ross Island, on the shore of McMurdo Sound -- has a harbor, a helicopter pad, and landing strips on sea ice and shelf ice, according to the station's website. The station, which is like a small town, includes repair facilities, dormitories, administrative buildings, a firehouse, a power plant, a water distillation plant and stores.

Recorded temperatures there have fallen as low as 50 degrees below zero Celsius. Because of the tilt of the Earth and its orbit around the sun, there are two seasons in Antarctica -- summer and winter, or cold and colder. September is one of the coldest months.