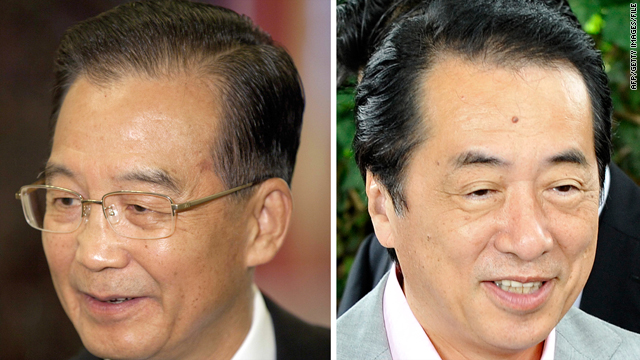 Otherwise, China will take further measures, Wen said in a meeting with Chinese nationals and Chinese-Americans, according to Xinhua.

The captain was arrested earlier this month off the disputed Diaoyu Islands, in the East China Sea, after his vessel crashed into two Japanese patrol boats. He is accused of obstructing Japanese public officers while they performed duties.

A Japanese court has extended the detention of the captain as diplomatic tensions between the two countries rise.

"The Japanese side bears full responsibility for the current situation, and it shall bear all the consequences that arise," Wen said, according to Xinhua.

The Ishigaki Summary Court in Okinawa decided that the captain will be held at least until September 29, the Japanese Coast Guard told CNN on Monday.

The ruling comes after China warned Sunday that it would take "strong counter measures" against Japan if the captain was not released. China has already suspended high-level bilateral exchanges with Japan over the issue.

Japan has urged China to proceed calmly and cautiously to avoid further deterioration of the situation, the Japanese Embassy in Beijing said.

Japan has already freed the captain's 14 crew members, who have flown back to China, and returned the fishing boat as well.

CNN's Junko Ogura and Jo Kent contributed to this report.