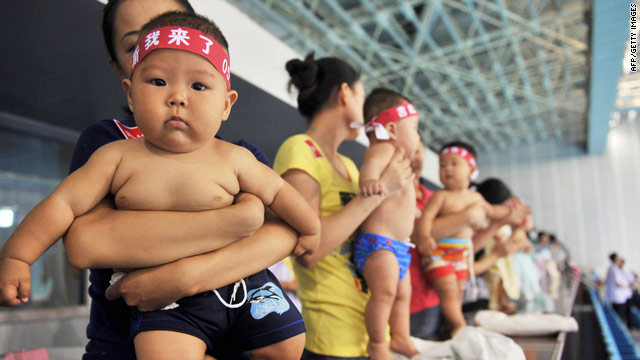 "I, on behalf of the National Population and Family Planning Commission, extend profound gratitude to all, the people in particular, for their support of the national course," said Li Bin, who leads the commission.

"So we will stick to the family-planning policy in the coming decades," she said over the weekend, according to the state-run China Daily.

An estimated 400 million births have been prevented by the policy, according to official statistics.

Some critics have urged Beijing to relax the policy, partly because it has skewed China's population. Its workforce is aging, which hurts its ability to compete in manufacturing. That has led some companies to move operations to other countries.

The measure limits most Chinese couples to one child. In their quest for sons, some couples have aborted female fetuses or abandoned infant girls, thousands of whom have been adopted by foreigners.

Some Chinese couples -- such as those who are both only children, or some who live in rural areas -- have been allowed more than one child. Critics also have complained that better-off families have been able to bribe officials into allowing them more children.