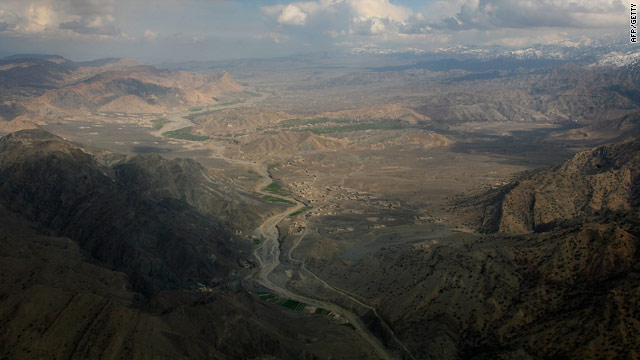 Sheikh Mohammad Fateh al Masri, described as the group's senior operational commander, was killed in North Waziristan, one of the seven districts of the country's volatile tribal region.

One of the sources said al Masri was killed recently, and the other said he was killed in a strike on Sunday. The sources did not want to be named because they are not authorized to speak to the media.

Al Masri was emir, or leader, for Qaidat al-Jihad fi Khorasan, or the base of the jihad in the Khorasan -- the region that encompasses large areas of Afghanistan, Pakistan, Uzbekistan, Tajikistan, and Iran.

He replaced Mustafa Abu Yazid, al Qaeda's former leader in Afghanistan, who was killed in May by a drone strike in Datta Khel in North Waziristan. And, al Masri has led military operations in Afghanistan as well as carried out attacks in Pakistan, which he viewed as a vital theater in the war.

The Khorasan is considered by jihadis to be the place where they will inflict the first defeat against their enemies in the Muslim version of Armageddon. The final battle is to take place in the Levant -- Israel, Syria, and Lebanon.

Mentions of the Khorasan began to increase in al Qaeda's propaganda starting in 2007. After al Qaeda's defeat in Iraq, the group began shifting its rhetoric from promoting Iraq as the central front in its jihad and have placed the focus on the Khorasan.

Several U.S. military and intelligence officials said the report of al Masri's ascension to lead al Qaeda in Afghanistan is accurate. Yazid, who, like al Masri, was an Egyptian, also served as al Qaeda's chief financier and paymaster.

However, little is publicly known of al Masri. According to the Asia Times, he was not a formal member of al Qaeda. Al Masri may have been a member of Al-Gama'a al-Islamiyya, or the Egyptian Islamic Group, an intelligence official told The Long War Journal. That journal is an online publication that follows the U.S. campaign against al Qaeda and its allies.

Drone strikes have occurred regularly against militants in Pakistan.

Al Masri's death comes as the CIA stepped up missile strikes in Pakistan against groups like the Haqqanis, al Qaeda, the Afghan Taliban and the Pakistan Taliban, with the majority of strikes hitting targets in North Waziristan.

Pakistan's volatile tribal region -- which borders Afghanistan -- has been targeted by drones more than 65 times this year, according to a CNN count. September has seen more attacks than any other month since the unmanned aerial strikes began.