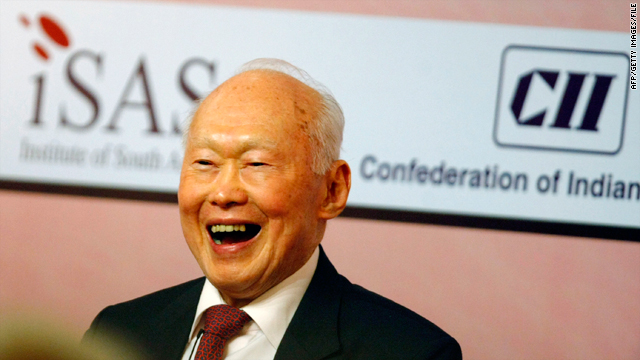 (CNN) -- Lee Kuan Yew, who is widely credited with molding Singapore into one of the world's most prosperous countries, has been admitted to the hospital, officials said.

Lee, 87, was the founding father of the island nation. His son, Lee Hsien Loong, is now Singapore's prime minister -- the country's third since it gained independence from Malaysia in 1965.

The elder Lee was admitted to the Singapore General Hospital on Wednesday evening for a chest infection, a spokeswoman said Thursday. She did not offer further details on his hospitalization.

Lee took a spill on Monday and had gone to the hospital on Tuesday for physical therapy but was able to speak at a business forum on Tuesday night.