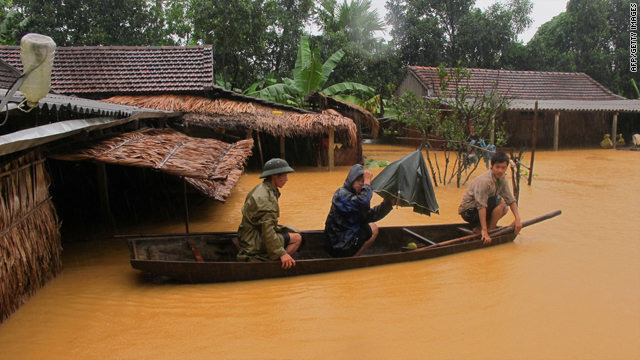 Villagers leave their flooded homes on a small boat in the central province of Ha Tinh, Vietnam, on Wednesday.
STORY HIGHLIGHTS

At least seven people are missing and nine are injured after about 70,000 houses were flooded, VietNamNet reported.

More than 900 troops were sent to help with rescue operations, with hundreds of flotation aids, 35 tents, more than 1.5 million tons of food and 2.5 million liters (656,250 gallons) of water.

Central Vietnam has seen record rainfall this week, with some areas getting twice as much rain as is normal for this time of year.