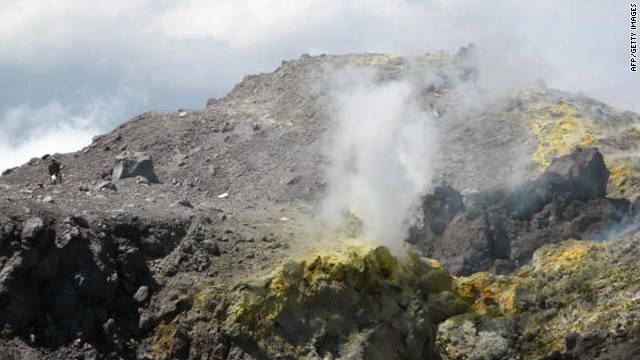 Jakarta, Indonesia (CNN) -- Indonesian officials have gone on high alert and have started evacuations as they warily monitor Mount Merapi, a volatile volcano in central Java that might erupt at any time.

"The local government is coordinating to evacuate around 40,000 villagers to the pre-assigned shelters," Neulis Auliasari of the national disaster coordination board said Monday.

Seismic activity has intensified, signaling that an eruption is imminent, according to Indonesian volcanologists.

The 3,000-meter Merapi is famously unpredictable, though. A pyroclastic flow -- a fast-moving burst of blistering gases and rock fragments -- is a key concern.