Royal proposal made in remote Rutundu 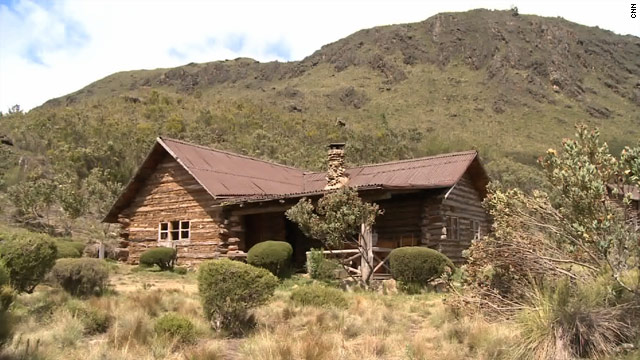 Rutundu, Kenya (CNN) -- Everyone who follows British royalty knows by now that Prince William and Kate Middleton were engaged in Kenya.

But most people don't know the exact spot -- until now.

According to several informed sources, the potential future King and Queen of England got engaged on the 20th of October at Rutundu, a remote spot 10,200 feet (3,100 meters) above sea-level on the slopes of Mount Kenya, Africa's second highest peak.

"They came to relax and to fish," one of Rutundu's guides told me.

The couple drove up from Lewa Downs, the wildlife reserve where they have holidayed in the past and where Prince William spent part of his gap year before attending the University of St. Andrews in Fife, Scotland.

"I think Kenya has always been very close to Prince William's heart. He's been coming here for many years. He loves it. I think he wanted to share Kenya with his new bride, unknown to us at the time," Ian Craig, founder of the Lewa Wildlife Conservancy.

Prince William revealed in their official engagement interview that he took the sapphire and diamond ring of Princess Diana for the duration of their Kenyan holiday.

"I had been carrying it around in my rucksack for three weeks before that, and I literally would not let it go. Wherever I went I kept hold of it because I knew this thing, if it disappeared, I would be in a lot of trouble," he said.

Kenya holds a special place for the British Royal family. In 1952, then Princess Elizabeth was staying at Treetops lodge in the Aberdares when she found out her father had died and she was to become Queen.

The modern Kenyan connection now will surely be at Rutundu. Prince William stayed in the more spacious of the two log-cabins. It certainly doesn't have the mod cons of Buckingham Palace, but it is cozy and remote.

The couple left their mark on the occasion -- in the visitors book. "Brought more warm clothes this time!" writes Prince William. "I love the warm fires and candle lights," writes "Catherine Middleton."

If you want to read the rest, you'll just have to come here.

Some might see the blustery and remote Rutundu as an odd choice for an engagement. But Prince William has said Africa affords him anonymity.

And for a couple who will spend the rest of their lives in the limelight, then it might just be the perfect spot.