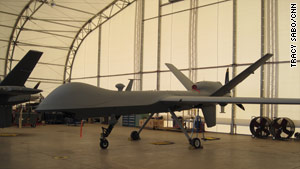 The officials asked to not be named because they were not authorized to speak to the media on the record.

North Waziristan is one of the seven districts of Pakistan's often ungoverned tribal region and is widely believed to be a haven for al Qaeda-linked groups fueling the insurgency in Afghanistan.

Based on a count by CNN's Islamabad bureau, Friday's suspected drone strike was the 93rd this year, compared with 52 strikes in all of 2009.

Journalists Nasir Dawar and Nasir Habib contributed to this report.