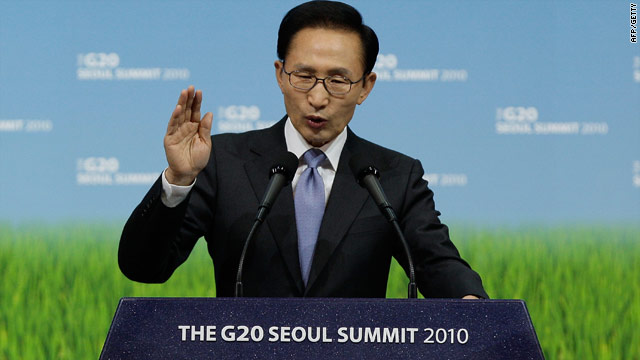 "The provocation this time can be regarded as an invasion of South Korean territory," Lee said during a visit to the headquarters of the Joint Chiefs of Staff in central Seoul. "In particular, indiscriminate attacks on civilians are a grave matter."

"Obviously we're in close contact with U.S. forces, Korea and our allies there in monitoring the situation," Lapan said.

U.S. forces in the area have taken no additional measures, he said.

"Right now it is too soon," Lapan said, adding, "At this point it is premature to say we are considering any action on this.

"Any incidents like this we view with concern. They certainly increase tensions on the (Korean) Peninsula."

"This provocation by North Korea compromises the peace and security of not only South Korea, but also the entire region of North East Asia, including Japan," the official said. "Japan demands North Korea to stop such action immediately. Based on prime minister's orders, Japan will take appropriate measures in close coordination with [the] U.S. and South Korea, as well as other related countries."

"Relevant facts need to be verified and we hope both parties make more contributions to the stability of the peninsula," he said.