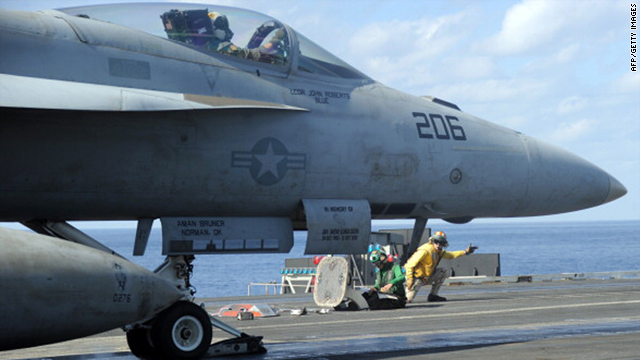 (CNN) -- The United States and Japan wrapped up seven days of joint military exercises Friday, as tensions simmered on the Korean peninsula.

About 40,000 U.S. service members and Japanese military personnel took part in the exercises that the U.S. Air Force called the largest joint, bilateral field training exercise between the two nations. It was the 10th such exercise since 1986.

The "Keen Sword" drills took place on military sites in Okinawa, mainland Japan and the waters surrounding it, according to officials.

They focused on air and missile defense, base security and force protection, search and rescue, and maritime defense. More than 400 aircraft and at least 60 ships took part, officials said.

The drill is not directed at any nation, officials said. Rather, it was intended to practice and evaluate the procedures needed to respond to the defense of Japan or a regional crisis

The drill took place days after South Korea and the United States wrapped up joint military exercises on the Yellow Sea.