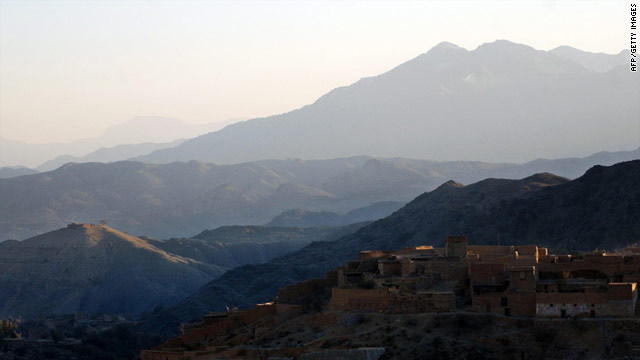 Mountains in the tribal area of the Khyber Agency near Pakistan's border with Afghanistan, pictured in 2008.
STORY HIGHLIGHTS
RELATED TOPICS

The three assaults occurred in Tirah Valley of Khyber Agency, one of the seven districts of Pakistan's volatile tribal region bordering Afghanistan.

U.S. forces are suspected of carrying out the strikes.

The officials say all three occurred in an area of 4 square kilometers.

The intelligence officials asked not be named because they are not authorized to speak to the media.

CNN's Chris Lawrence and Nasir Habib contributed to this report.