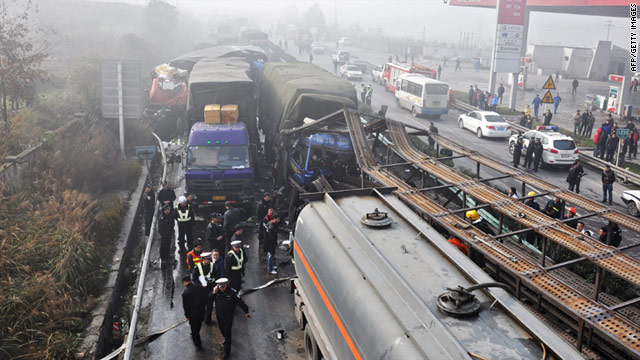 Police block off a road after dozens of vehicles crashed in Zunyi, China, on Monday.
STORY HIGHLIGHTS

(CNN) -- Seven people were killed and 15 others wounded Monday after a traffic collision in southwest China involving about 100 vehicles, state media said.

The pile up occurred in Guizhou province after a truck traveling in dense fog crashed into a gas station, the Xinhua news agency said. About 100 vehicles then crashed into the back of one another, local officials told Xinhua.

A Xinhua reporter at the scene reported that at 10 a.m. local, visibility on the highway was at less than 50 meters (160 feet).