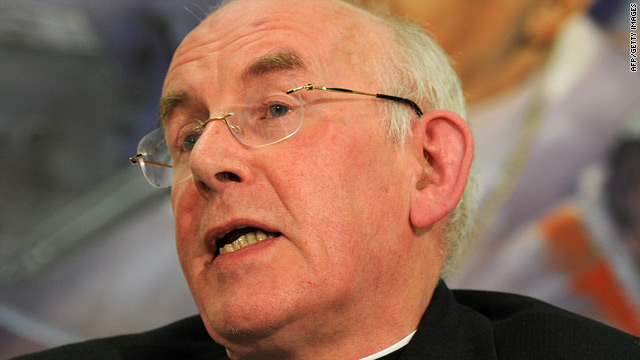 Brady's office said Tuesday that the cardinal -- then a priest and teacher with a doctorate in canon law -- had been asked to investigate two complaints against Smyth in 1975, but had no decision-making power. He reported his findings to Bishop Francis McKiernan, his office said, and McKiernan recommended Smyth get psychiatric help.

The Archdiocese of Munich and Freising said in a statement Monday it must have been clear at the time that the priest -- whom multiple sources identified to CNN as Peter Hullermann -- was coming to get therapy for allegedly molesting children. He was convicted of abuse in 1986, after Ratzinger moved to Rome. Hullermann was suspended on Monday.

--CNN's Frederik Pleitgen in Berlin, Germany, contributed to this report.