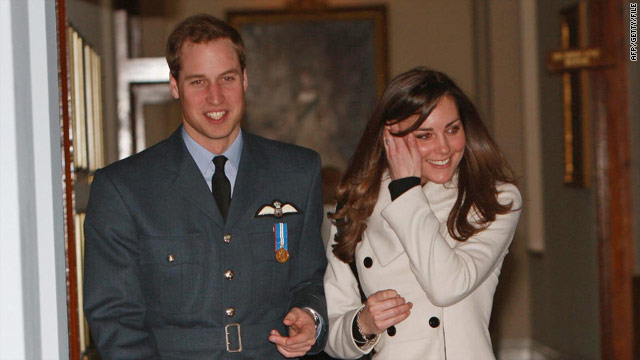 LONDON, England (CNN) -- British newspapers were filled with speculation Wednesday that Prince William may soon propose to his girlfriend, Kate Middleton, after an influential blog reported on a possible date.

In an entry on her Web site, The Daily Beast, former magazine editor Tina Brown wrote that a "high-placed source in royal circles" told her that June 3 and 4 have been "mysteriously blocked out on the palace diaries."

This suggests a likely date for the engagement of William, 27, and Middleton, 28, wrote Brown, author of a biography of the late Princess Diana.

Brown was previously editor-in-chief of high-society magazine Tatler as well as editor of Vanity Fair and The New Yorker.

There was no response Wednesday from Clarence House, William's official residence.

"We don't comment on speculation," a spokeswoman there told CNN.

William and Middleton have been dating off and on since 2003, when both were students at the University of St. Andrews in Scotland.

They split in April 2007 despite widespread speculation they were close to marriage, but they remained friends and began dating again by the end of that year.

The pair is often seen on the town in London, going to exclusive nightclubs.

William is now training to be a search-and-rescue pilot with the Royal Air Force, where he holds the rank of flight lieutenant.