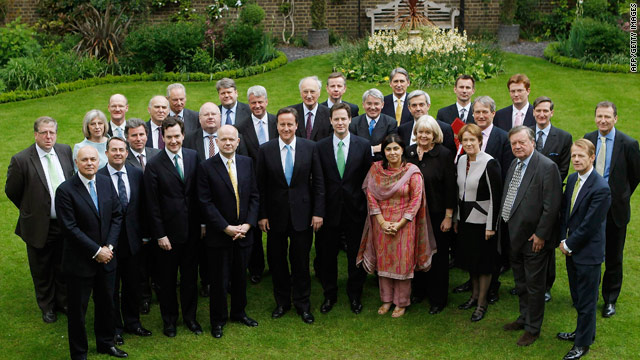 The decision means all members of the new Cabinet -- including Cameron -- will be paid five-percent less than their predecessors in the government of Gordon Brown, Downing Street said.

The reduction in Cabinet minister salaries alone will save taxpayers about £50,000 ($73,800) this year, Downing Street said.

The Cabinet also agreed to a ministerial pay freeze for the lifetime of the current Parliament, which is not scheduled to have elections again for another five years.

The salary cuts and pay freeze will save approximately £3 million ($4.4 million) over the life of the Parliament, Downing Street said.