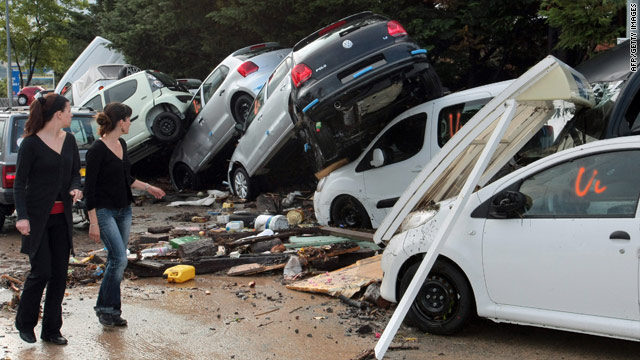 The flooding began Tuesday, and more storms were expected Wednesday evening, the Var prefecture said in a statement.

Eleven helicopters worked overnight to rescue people and 1,000 people have been placed in shelters, the prefecture said. Some 1,200 firefighters and 650 police officers were taking part in the rescue effort, it said.

All schools in the region were closed Wednesday and more than 96,000 people were without electricity.

Authorities earlier said 12 people were missing, but by the end of the day they said all the missing had been found, either alive or dead.

Var includes the Cote d'Azur, a popular tourist destination along the French Riviera.

CNN's Saskya Vandoorne and Pat Thompson contributed to this report.