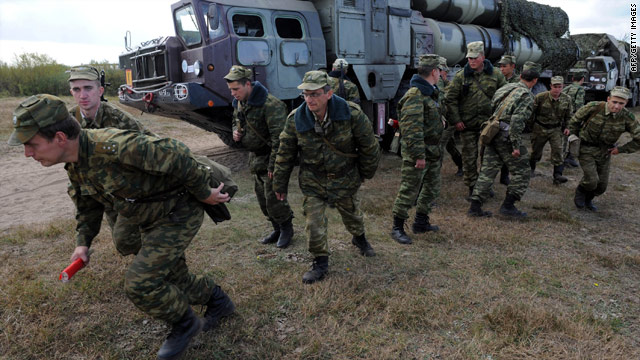 It is also designed to protect the Russian military base in Abkhazia, a Russian-backed territory, he said.

The systems are intended to "prevent violations of the state borders in airspace, as well as to destroy any aerial vehicles, regardless of their mission, that cross into the airspace over the protected territories without permission," Zelin said, according to the Air Force.

Russia and Georgia fought a five-day conflict in 2008 that began when Georgia launched a campaign against South Ossetia. The following day, Russian tanks, troops, and armored vehicles poured into both South Ossetia and Abkhazia and soon advanced into Georgian cities outside the rebel regions.

A total of about 850 people were killed on all sides and untold numbers of others were wounded or left missing, a European Union fact-finding mission concluded last year.

Russia and Georgia each blamed the other for starting the conflict, though the EU mission said it was rooted in a "profusion" of causes.