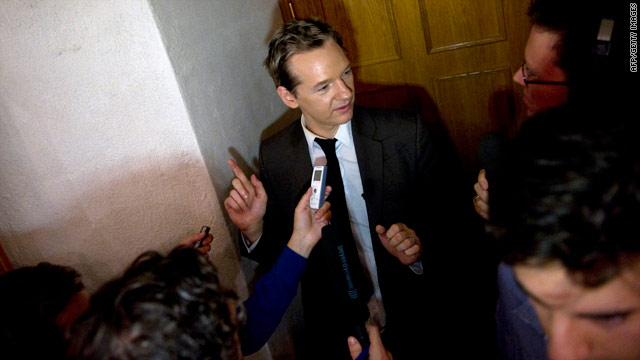 (CNN) -- A Swedish political party dedicated to copyright reform and privacy rights says it has agreed to host several new servers for the whistle-blower website WikiLeaks.

The Pirate Party said Tuesday it agreed to host the servers during a visit last weekend by WikiLeaks founder Julian Assange.

"The contribution of WikiLeaks is tremendously important to the entire world," Pirate Party leader Rick Falkvinge said in a statement on the group's site. "We desire to contribute to any effort that increases transparency and accountability of power in the world."

The party said it will host the information free of charge as part of its political mission.

Assange welcomed the decision in a statement on the party's site.

"Our organizations share many values, and I am looking forward to future ways we can help each other improve the world," he said. "We see more opportunities down the road in cooperating with the Pirate Party."

The Pirate Party is pushing for representation in the Swedish and European parliaments on a three-point platform that includes reform of copyright law, to make all non-commercial use of copyrighted material free and to limit the terms of current copyrights; getting rid of the patent system; and tightening privacy rules.

WikiLeaks sparked controversy last month by posting some 76,000 pages of U.S. documents related to the war in Afghanistan, in what was called the biggest leak since the Pentagon Papers about the Vietnam War.

The Pirate Party said Wikileaks has been under "constant threat of being sabotaged by corrupt or abusive organisations trying to conceal the truth from the public."