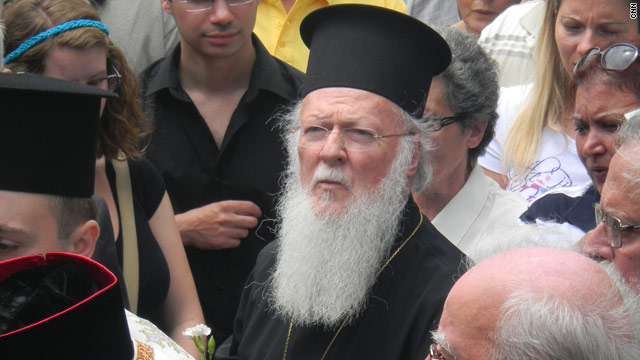 Patriarch Bartholomew is presiding over what appears to be a dying community.
STORY HIGHLIGHTS

(CNN) -- Patriarch Bartholomew is the living embodiment of one of the world's oldest institutions -- the Greek Orthodox Church in Constantinople.

But he could be the last to hold the title in what is modern-day Istanbul, in secular but Muslim majority Turkey.

CNN's "World's Untold Stories" examines the dwindling Greek Orthodox community in Turkey and how they are faring.

There has been a patriarch in Constantinople for 14 centuries, ever since it was the capital of Byzantium and the Eastern Roman Empire, ruling over the Eastern Mediterranean and much of the Middle East.

To this day, Orthodox Christians around the world recite prayers to the Ecumenical Patriarch Bartholomew, the "first among equals."

Some describe him as the equivalent of the "pope" for the world's Orthodox Christians.

But Bartholomew, who is now 70, may become the last in a line of some 270 bishops in Constantinople.

Twenty-five years ago, the Turkish government shut the seminary where Greek Orthodox clergy traditionally trained. Greeks who do not hold Turkish passports are barred from becoming clerics.

Instead of being the spiritual leader of his faith, Bartholomew has become a symbol of the dwindling community of ethnic Greeks still living in modern-day Istanbul.

There are only around 2,000 ethnic Greeks left in Istanbul.

The last members of this community are gradually dying out, but they cling tenaciously to the churches and schools their ancestors built in what was once the capital of a Greek empire.

"World's Untold Stories" showcases the best of CNN journalism covering powerful tales that are always captivating with compelling characters at the center.

Recent episodes have covered the "Train of Death" ride through Mexico to the U.S., tracking down key figures from Cambodia's Khmer Rouge regime, anti-Roma discrimination in Europe and extreme Christians in the United States.