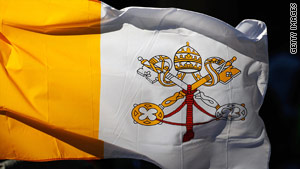 The Vatican said Tuesday it is "perplexed and baffled" by the public prosecutor's actions.
STORY HIGHLIGHTS
RELATED TOPICS

Another Italian bank alerted Bank of Italy investigators to two Vatican Bank transactions that did not appear to comply with anti-money laundering requirements, the Bank of Italy said.

Italian media reported that prosecutors had seized the $30 million.

Caridi, a top Italian legal scholar, said the bank was an integral part of the Vatican, calling it a "central entity under the oversight of the Holy See."