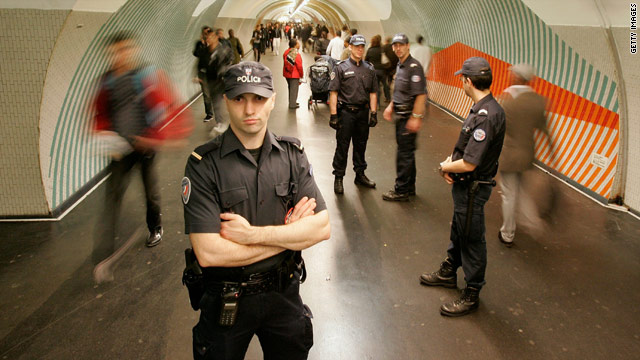 (CNN) -- European intelligence agencies have growing concerns about the possibility of a terrorist attack on the continent in the coming weeks or months, a European counter-terrorism official told CNN Monday.

The new concerns are related to information about an al Qaeda "Mumbai-style" plot against Europe from Ahmed Sidiqi, an alleged German militant currently in U.S. custody in Afghanistan.

Germany is one of the countries considered most at risk, the official said, with concern in intelligence agencies higher than in the run-up to the country's elections in 2009, when al Qaeda linked operatives directly threatened attacks in a series of video messages.

"The threat is being taken very seriously -- an attempt at an attack is considered likely," the official told CNN.

Earlier this month the intelligence stream about an al Qaeda plot against Europe prompted the U.S. State Department to issue an advisory for U.S. citizens traveling in Europe.

European intelligence officials told CNN no cells linked to the plot have yet been detected in Europe.

German intelligence was recently granted access to Sidiqi in Afghanistan and have yet to complete their evaluation of his claims, officials told CNN.

Sidiqi, 36, was part of an eleven-strong group who traveled from the German port city of Hamburg in early 2009 to Pakistan to join the jihad against American troops in neighboring Afghanistan. Eight members of the group, including two wives, eventually made it to North Waziristan, according to German intelligence officials. All the male members of the group were recruited from the Taiba mosque in Hamburg, a mosque once frequented by Mohammed Atta, they said.

After arriving in the tribal areas of Pakistan, members of the Hamburg group gravitated towards al Qaeda, European counter-terrorism officials told CNN. Sidiqi claimed that four other members of the group were involved in the al Qaeda conspiracy to attack European countries, according to the officials.

Two of the Hamburg group allegedly involved in the plot -- Naamen Meziche and Shahab Dashti -- are believed to have been killed by a U.S. drone strike in North Waziristan last week, according to European counter-terrorism officials, who say that they have yet to receive full confirmation of the information.

Meziche, 40, a French citizen of Algerian descent, and a former friend of lead 9/11 hijacker Mohammed Atta, was the ringleader of the Hamburg group, according to German intelligence officials. They believe it was through his longstanding connections to al Qaeda that the Hamburg group were able to link up with al Qaeda.

Meziche had committed much of his adult life to al Qaeda's cause, the officials told CNN. In the years after 9/11 European intelligence agencies suspected he helped recruit Europeans to join Abu Musab al Zarqawi's terrorist organization in Iraq. CNN spoke to Meziche's wife in Hamburg earlier this month who confirmed that her husband had traveled overseas but declined to answer any other questions. German authorities never gathered enough evidence to charge him.

Dashti, 27, a German citizen of Iranian descent, was to be a" foot-soldier" in the plot according to Sidiqi, European counter-terrorism officials told CNN. His death in the drone strike was announced on a Turkish language Jihadist website last week. At least one other German citizen -- Bunyamin E -- is believed to have been killed in the strike, according to the official.

Sidiqi has claimed that a third member of the Hamburg group -- Rami Makanesi, 25, a German of Syrian descent -- was also involved in the al Qaeda plot, officials say. Makenesi, currently in custody in southern Germany, was arrested by Pakistani security forces in June and deported to Germany in August, where he is being investigated for membership of a terrorist group. He has yet to be formally indicted.

In evaluating Sidiqi's claims, German authorities are cross-checking his claims with those of Makanesi, European intelligence officials told CNN. They say Makenesi has denied involvement in the plot.

Intelligence sources say the fourth member of the Hamburg group implicated by Sidiqi in the al Qaeda plot was Asadullah Muslih, 52, a German citizen of Afghan descent. Like Meziche, Muslih played a planning role in the conspiracy, according to Sidiqi. Muslih was Meziche's deputy within the Hamburg group and is still believed at large in the Pakistan-Afghanistan border region, according to counter-terrorism officials.