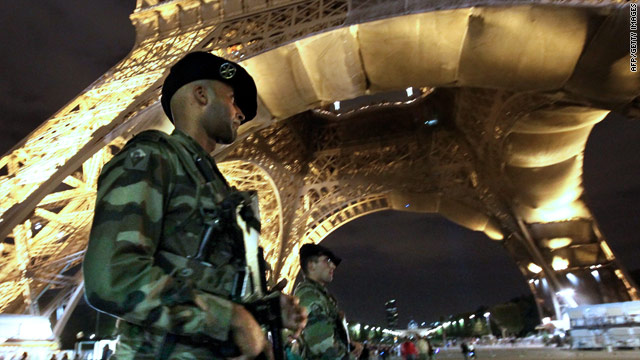 "Several days ago the Saudi services alerted their European counterparts that there was a terrorist threat on the continent, notably in France, coming from al Qaeda in the Arabian Peninsula," Hortefeux told RTL Radio. The message indicated the branch of al Qaeda was active or about to become active in Europe.

"The threat is real and our vigilance is intact," he said. France's terror alert level is at Reinforced Red, the second-highest level below Scarlette Red. "Vigilance is total," Hortefeux said.

At least two attacks were foiled in France in the past year, and 61 people are currently jailed for suspected involvement in terrorism, the interior minister said.

The new warning comes at a time of heightened security in Europe. Earlier this month, France warned its citizens about travel to the United Kingdom, saying British authorities believe a terrorist attack is "highly likely." Neither the U.K. nor France raised its threat level, but each issued warnings about travel elsewhere on the continent.

The United States also warned Americans to be careful about traveling in Europe because of the risk of terror attacks. Sweden and Japan also warned their citizens.

Europe remains on edge after the warnings, based at least partly on intelligence about a plot obtained from a German-Afghan in U.S. custody in Afghanistan.

On Friday, Australia raised its travel warning level for Yemen to the highest level, advising citizens not to travel there "because of the very high threat of terrorist attack and volatile security situation."

Since its inception in January 2009, al Qaeda in the Arabian Peninsula has claimed responsibility for numerous terrorist attacks against Saudi Arabian, Korean, Yemeni and U.S. targets.